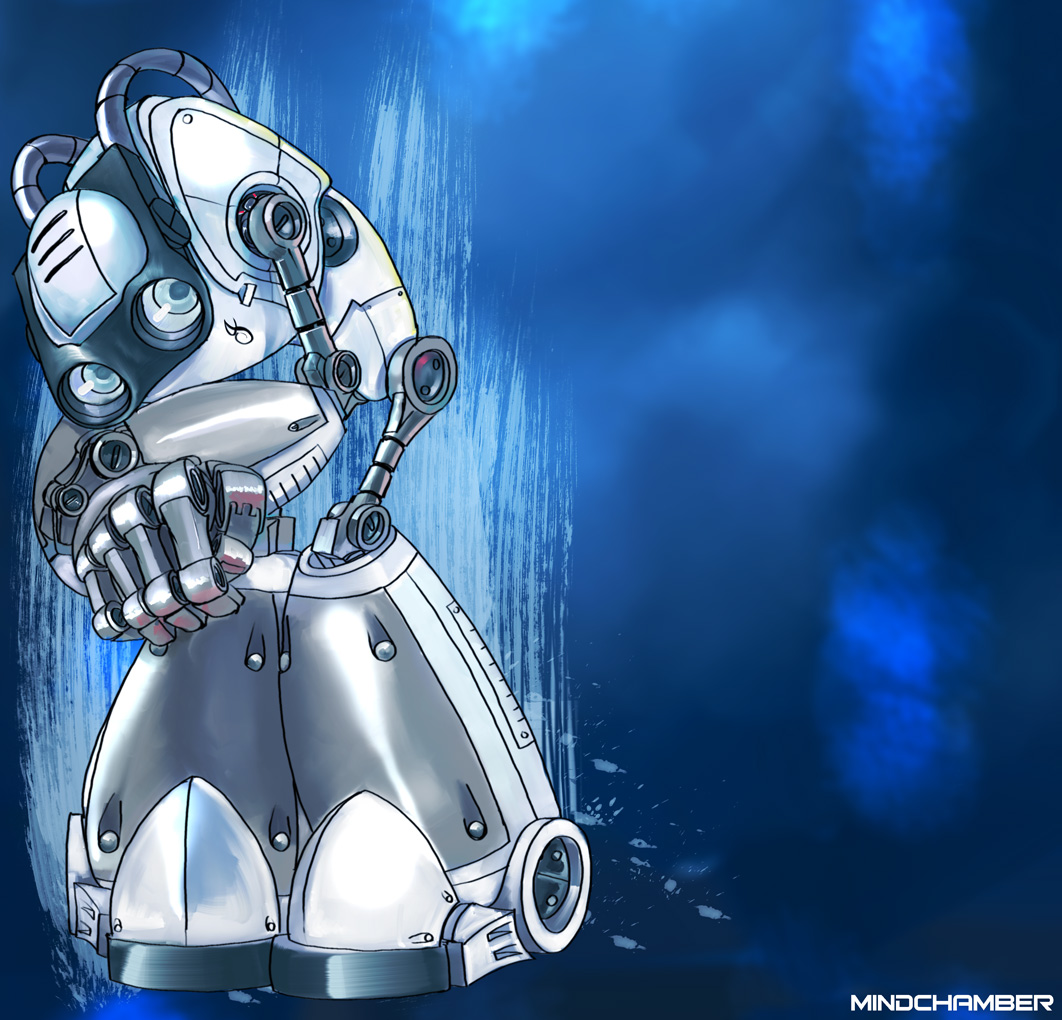 Got a couple pm's asking for a single Image of I-Bot. (Image-Bot)

Yes He looks very menacing in the shadows, with ominous eyes glowing in the dark, judging your every art submission, but In the light hes really quiet a nice guy.

Just try not stare too much, you make him nervous.

At first I was confused as to what it actually was. The fact that the robot is squished against the side isn't very good. Also, a lack of shading on the robots body makes it very difficult to tell what it is. The impression you get is that it's just a gray lump in the corner of the screen. You have to strain your eyes to see what it is and to make out any of the details. My suggestions are, move it a little more center, and shading or shadows to the robots body to give him more dimension and depth.

I couldn't help but think that this was inspired by the title character from "WALL-E". It's just that the character looks so weak in this. It actually contrasts well because he does have a pretty tough looking design. Well, except for his eyes, which certainly make him look cute. It's great to see all of the effort and detail that went into the making of the fingers, those have always been hard to draw. I guess that's why many cartoon characters have four fingers.

I-Bot seems like the name of the latest product from Apple. You really give off the feeling of isolation with the white lines around him. I know that wasn't the intention, but I thought it worked pretty well for the picture. It sort of creates a rainy atmosphere even though I don't see any rain. It probably could have been a bit more detailed, though.

all the bots together spell PIGMA from starfox! Dude, this drawing is awesome. and i like the personalities you gave them all