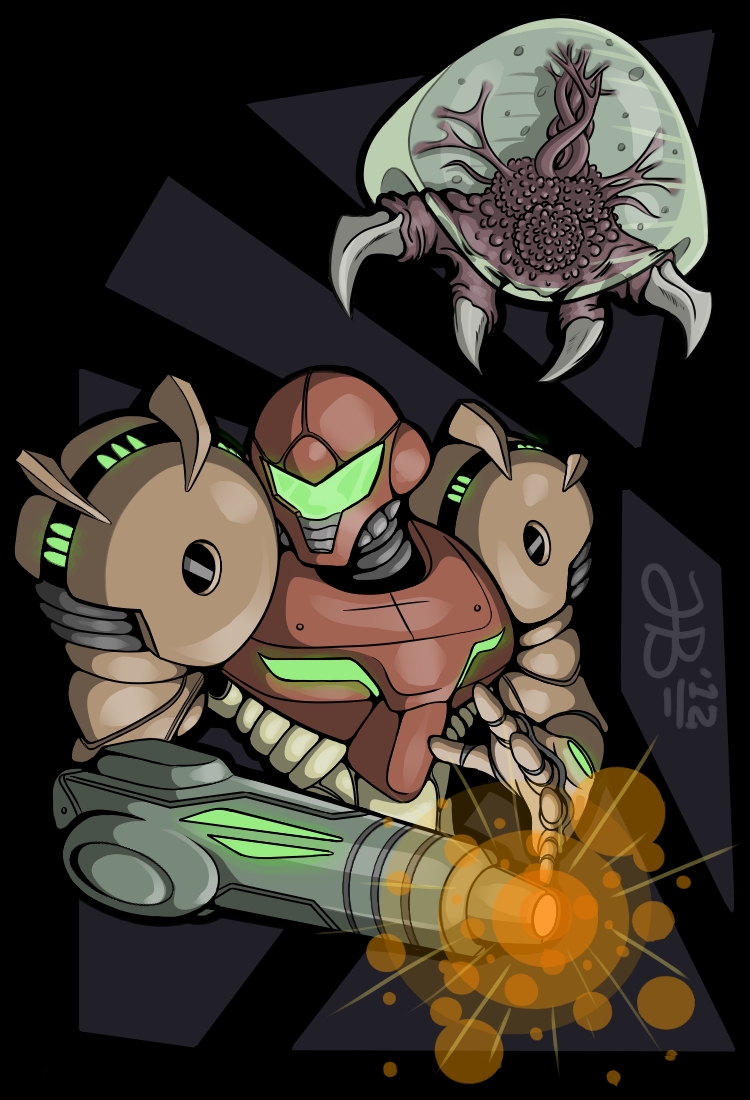 Really? No reviews yet? I guess I'll take a stab at it.

I like this piece. The art style of the Metroid is refreshingly realistic as opposed to the more cartoony and blob like looks of most of the other Metroids I've seen. Samus looks great, too. The Power Suit comes off as... harder? I think that's a good word for it. I think it might be that dark border you have around her silhouette and the shading style that makes it look so "hard"

One thing I don't like about the piece is the fact that Samus has no legs! It makes her look like a sticker that's been digitally placed next to the Metroid. If her legs were drawn, her feet could be getting ready to turn to look at the Metroid, creating an interaction and context for both the Metroid and Samus to be in the same frame. I think it would help create a story for the image, enhancing the art piece as a whole.

I think that sort of context could also be created if Samus was lower in the frame (it would also help me not notice her lack of legs) and if the background was changed to to create a hallway like perspective, so my mind would be led to believe that Samus is turning to face the Metroid, creating a story for the art I felt it was lacking.

Overall, very good, however, I think it lacks the sort of story or context that separates pretty pictures from thought provoking pieces of art. But that's just my opinion so who cares?