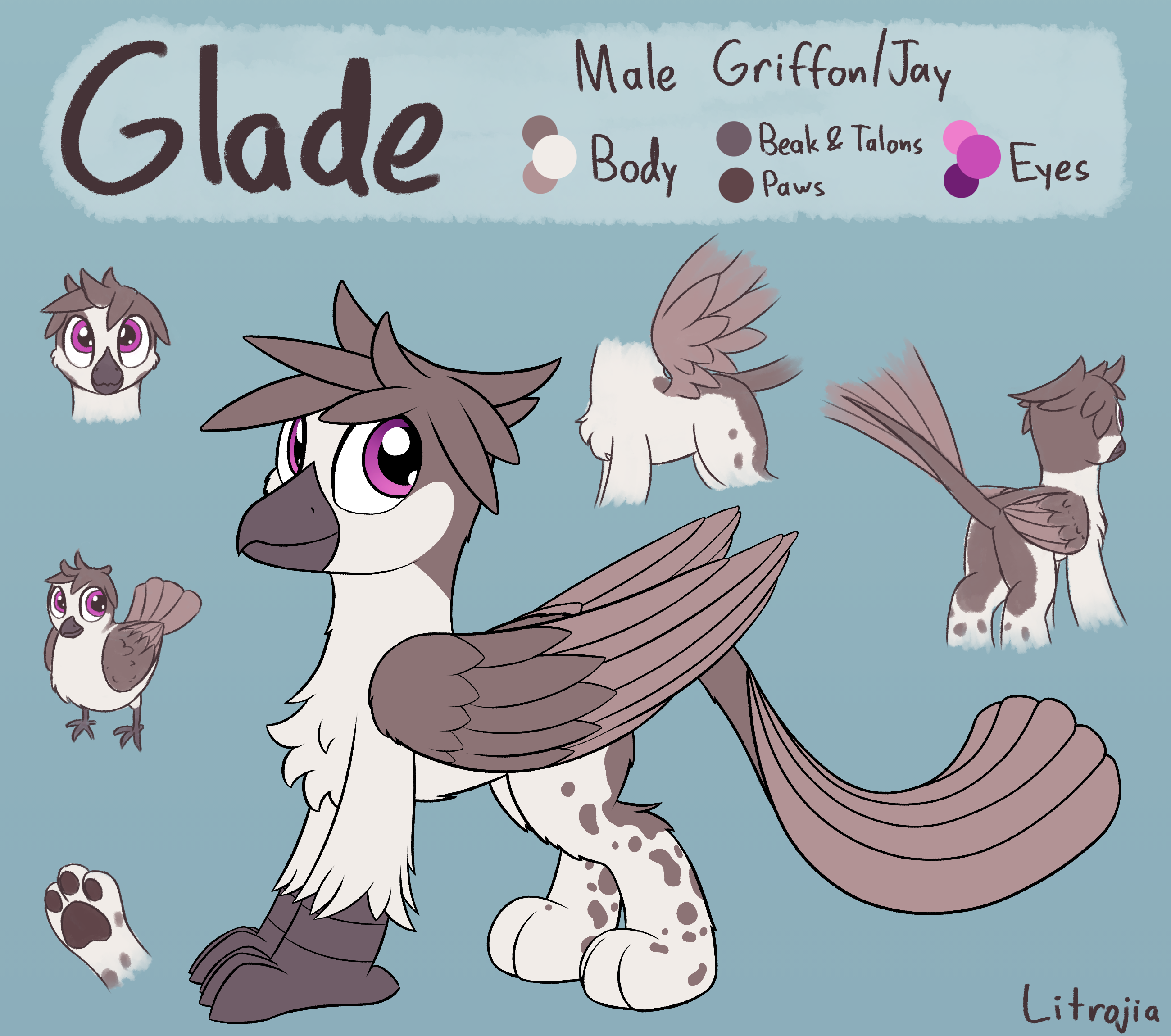 Glade is a male griffon. He grew up as the black sheep of the only griffon family in the village of Oat Pass. Now, he lives with Cottonwood Kindle, his best friend (and maybe more?), and helps him out around his shop as he tries to find his own calling in life.

There's also a 100% bird version of him because I like birds and wanted a bird OC, so I guess he doubles as a furry OC. His design was loosely based on the Canada/gray jay, though I'm sure I've made enough deviations from that to make an ornithologist cringe. I don't actually know a lot about birds.

Some of you may remember a griffon OC I made a couple years ago, Glancer. Soon after I designed him, I became dissatisfied with his design and name, so since then I've spent lots of time stressing and playing around with new designs. Glade was actually a name I was initially considering before I went with Glancer, but there was another griffon OC with the same name, though that's in the past now and I probably would've taken this name regardless because I like it. Anyways, all this time later, I've redesigned him into a completely different character, and I'm glad to finally have two "active" OCs. I've got a few other OCs, both new and old, that I'm also interested in (re)designing, though life will surely get in the way of that.

Anyways, I hope you like him, and hopefully I'll make some more art of him in the near future.