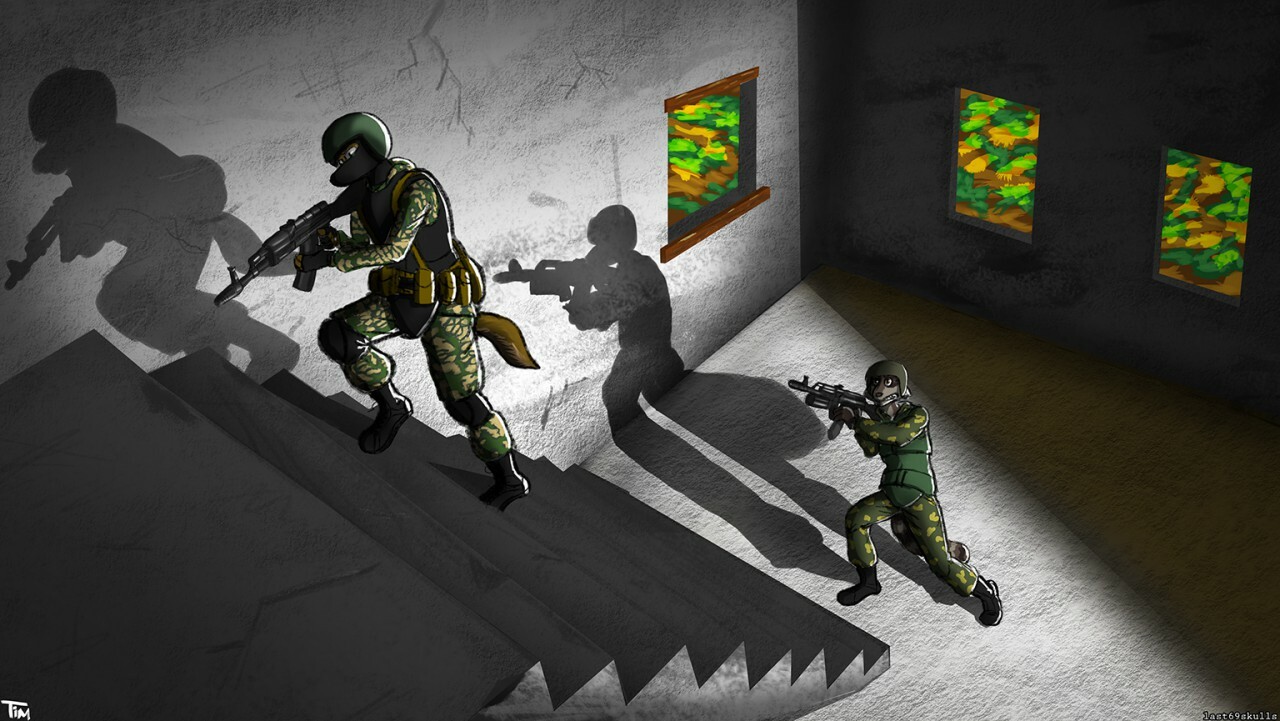 I'm mainly focusing on how I draw 2D characters + conceptual artstyle on the background. I've been mainly experimenting on values on this and play around with the shadows. Characters are based one of the previous versions of FSB counter-terrorist units. A reminder; this is not based on the Beslan Massacre or any real-life conflicts. Think of it as the characters are having a training or simulation. The one with SS Leto camo is a wolf while the other one with KLMK is a racoon dog.

References from Google, Workstation and some Russian websites.