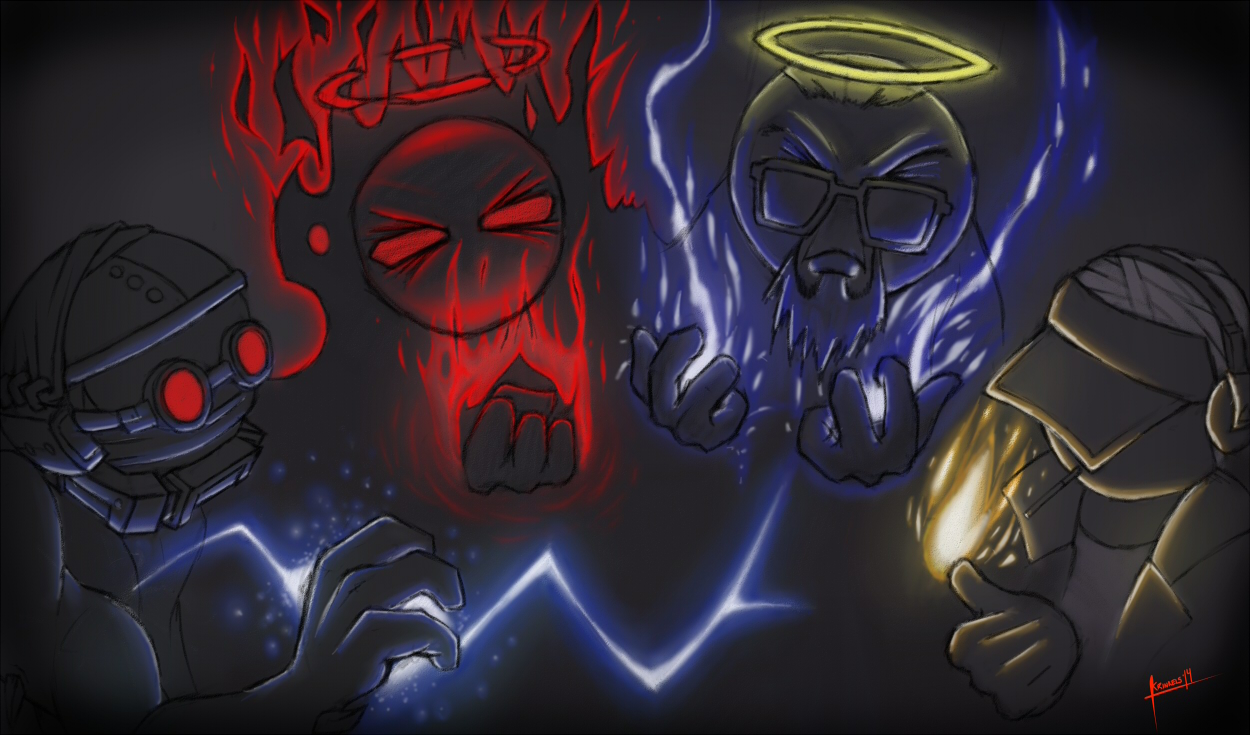 Jebus, kinda looks like an old and really pissed of Gandalf. But nice pic anyway

(SPOILER ALERT FOR ANYONE WHO DIDN'T WATCH THE ENTIRE MADNESS COMBAT SERIES) ReplayValue345: According to Madness Project Nexus (the 1.5 storyline), Jebus obtained his powers after working in the Project Nexus. The Auditor always had his powers, but he didn't show them until Madness Combat 8, THEN he killed Jebus and stole his halo and got HIS powers (and died...). And Hank didn't have any kind of powers until he died in Madness Combat 7, and was revived and mutated in Madness Combat 9, there he got really strong. After that, while fighting against the Auditor, he touched Jebus' Halo and he got lightning powers strong enough to kill a MAG Agent with two punches and hurt the Auditor (which is nearly impossible, because of his ghost-like body AND his powers). Deimos... he is just there cause reasons, he died too soon ;-; . Btw, great are Krinkels, gr8 art.

could some one tell me how they got their powers?

Hah! I like how they included Deimos with his thumb lighter.