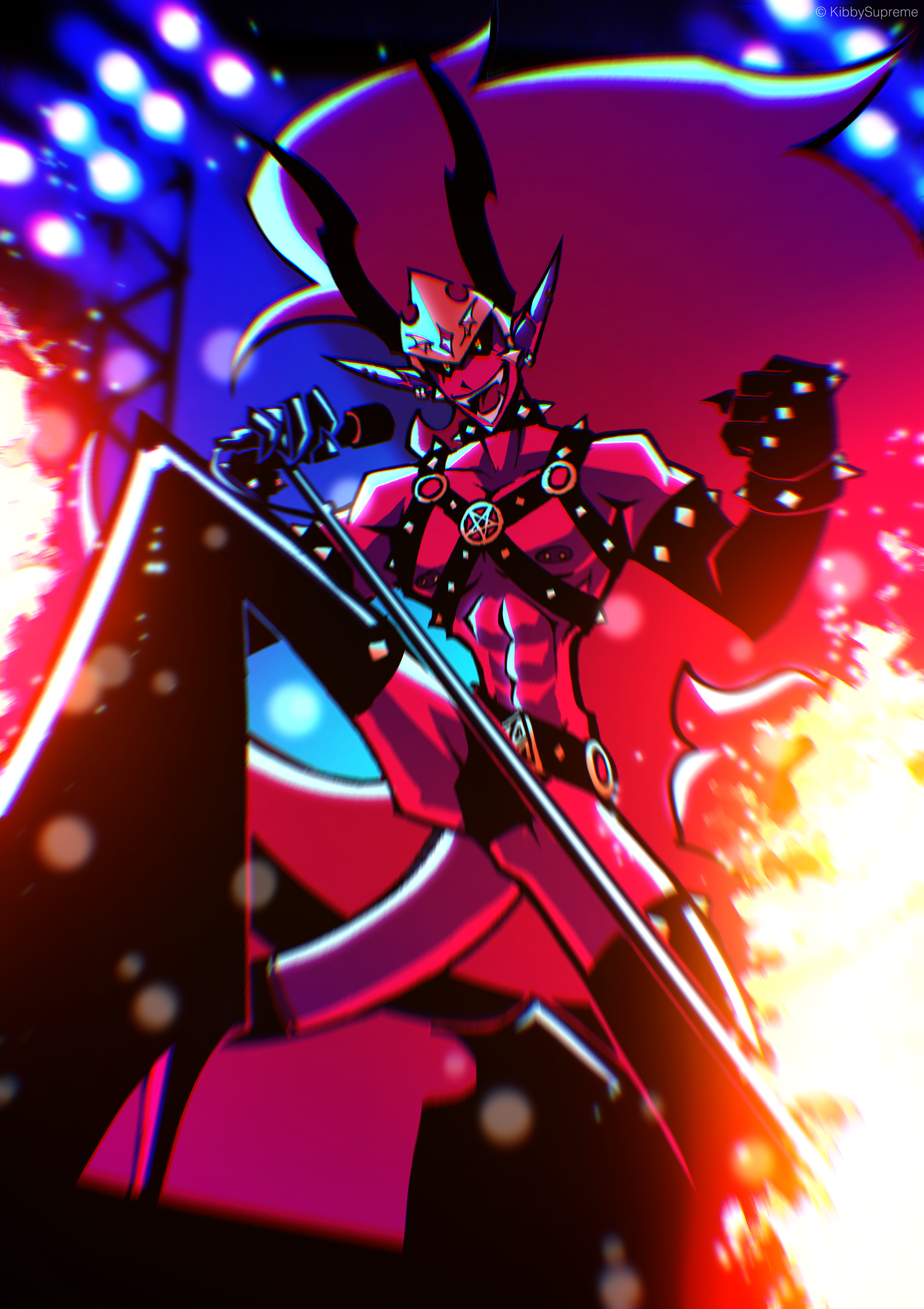 It's the devil Fuego DeVille! Lead singer of heavy glam metal band Devil Mayhem he indulges himself in sex, drugs and rock n roll. As the band's frontman and simultaneously a prince of a powerful empire, the rest of the band often find themselves at odds with his high-and-mighty attitude.

A character of mine for my partner's campaign, he's intended to be a dragon. Tieflings don't so much as exist in our homebrew campaign setting, so there are demonic and angelic subtypes of dragons that look llike ordinary tieflings. I'm hoping to make more content and stories of him and the band with a heavy metal fantasy flavor to it.