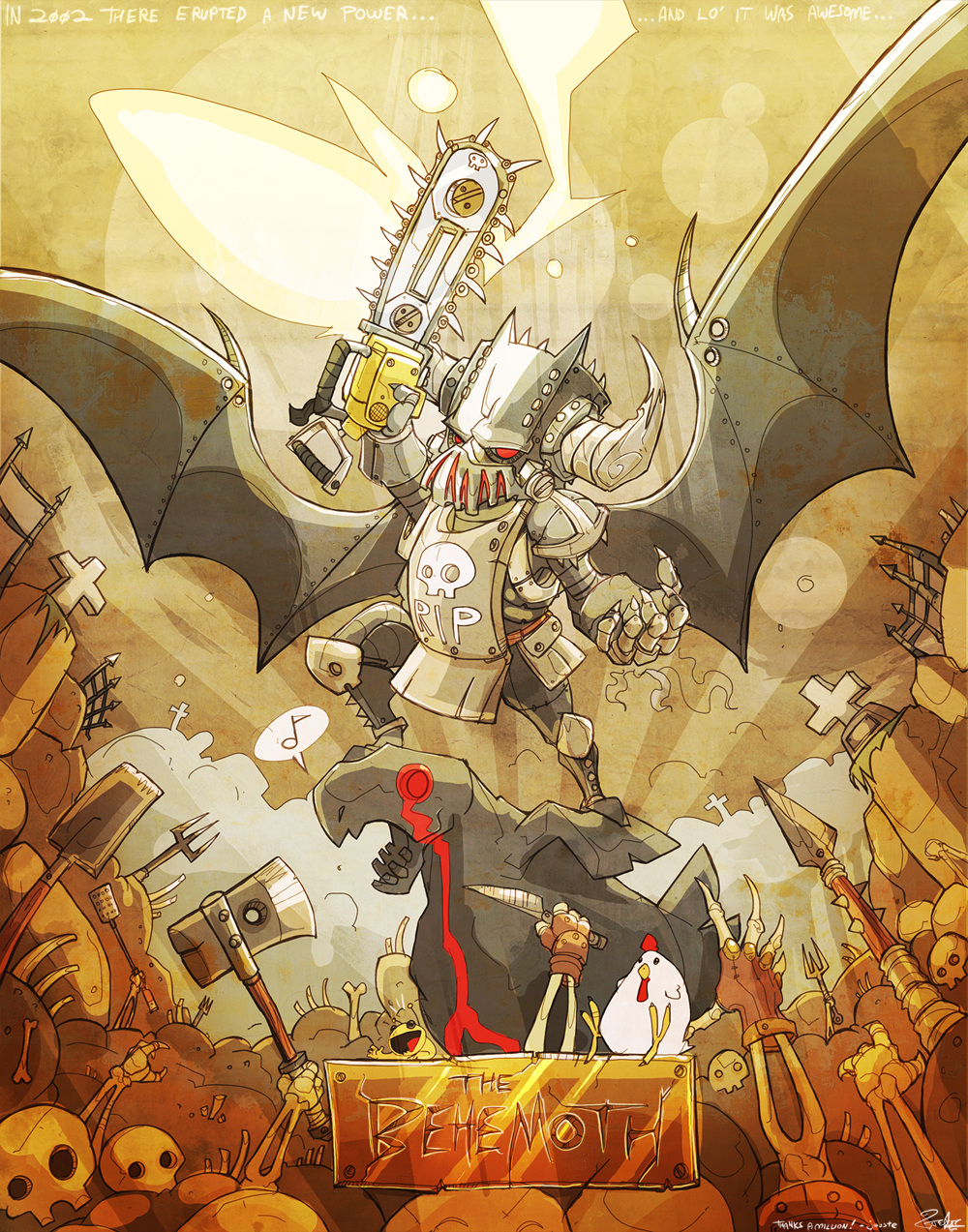 so PAX is over and i didn't get a chance to go down and see my favorite developers.
*sob* but a good friend of mine got to deliver something of mine to them!

so i drew up the necromancer with the chainsaw atop a bird statue that has been so shocked by the awesome that it's eyes are bleeding! congratulations on all the awards, the release of the necromancer pack, the PSN release, and the birthday of castle crashers!

so i got it printed out and framed (only 1 print in the world D: ) and sent down to that wicked crew at the behemoth!

hope you guys dig it!

Epic stuff man. I love the detailed, yet cartoony look.

One of the best ever made!

I think this is the first time I reviewed an art piece that won Daily Feature and Weekly User's Choice! What's really awesome is that every single award was on the same date! It all became 999! But seriously, on to the art piece itself, it was completely flawless. It is great to see so much detail put into something with a chicken in it. Every inch of the title character is filled with awesomeness and flawless coloring effects.

There are tons of cool and awesome things in the background too. That is one chainsaw I wish I had! It looks like the skeletons are rising from their graves and paying their tribute to him. Of course, something that has the word "necro" in it has to be death-related. I can even make out the lightning that's flashing and hitting his chainsaw. A singing bird statue bleeding out its eyes is pretty sweet too.

teh best art ever

it is so awesome i am now blind *highfives*

i will help guide your hand to mine!

how long time took it to make this pic ?
this pic is now one of my favorites!!!!!
I LOVE IT!

this pic took around 4-5 hours to make, for some reason it was a pretty quick picture. i guess its cause i like the subject matter so much.