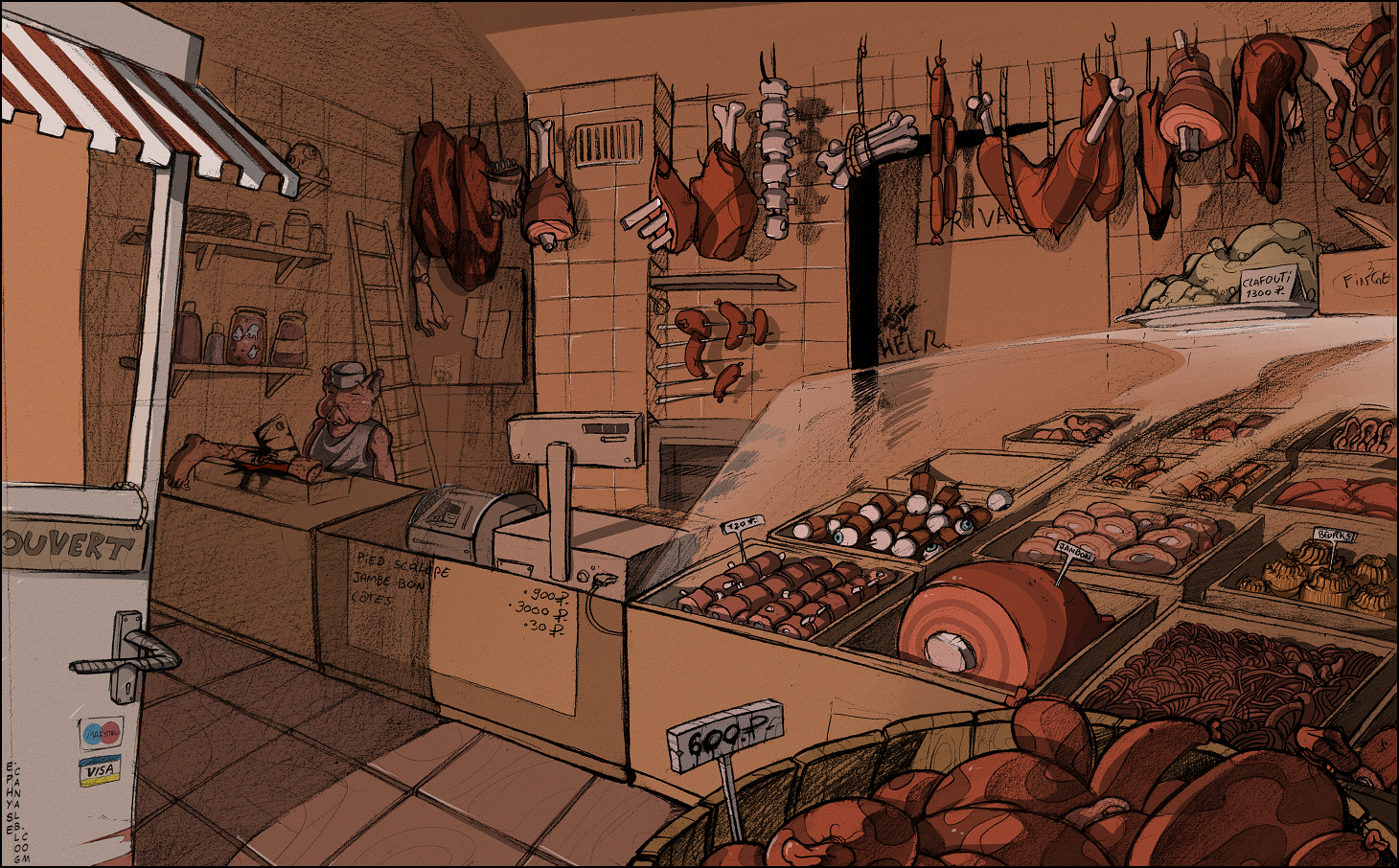 [Edit] oh yeah Thanks for the FP :DDDD

work at school, subject was "image insolite" dont know how to say it in english, insolitan picture? 8D xDDD
line at pen and colors with paint tool SAI

...What's with the T rating...
WAIT A MINUTE
This isn't THAT type of butchery is it?....
Nice work. I like how your outlines blend in without clashing.

Whoa! D8
Tremendous on a technical level, and then you notice...
ULP!

makes me want to be a butcher

What I found to be coolest about this was how the colors were so wonderfully blended. It was mostly red, but there were so many different shades of red. I notice this has a rather sinister appeal to it, given the fact that we see the human leg there. It's a nice inversion where it's the pig eating the humans. It reminds me of an episode of "Courage The Cowardly Dog". Granted, it didn't turn out like that, but it's a memory.

There are so many different arrangements for the meat to be in. I wonder what human meat would look, okay, I'm not going to discuss that. I like how there are some bones that are just hanging around, literally. It gives the appearance of a jumbled world of madness. Granted, the atmosphere is calm so it's good to see the underlying scariness.

that looks scary in an awesome freaky kinda insane way!