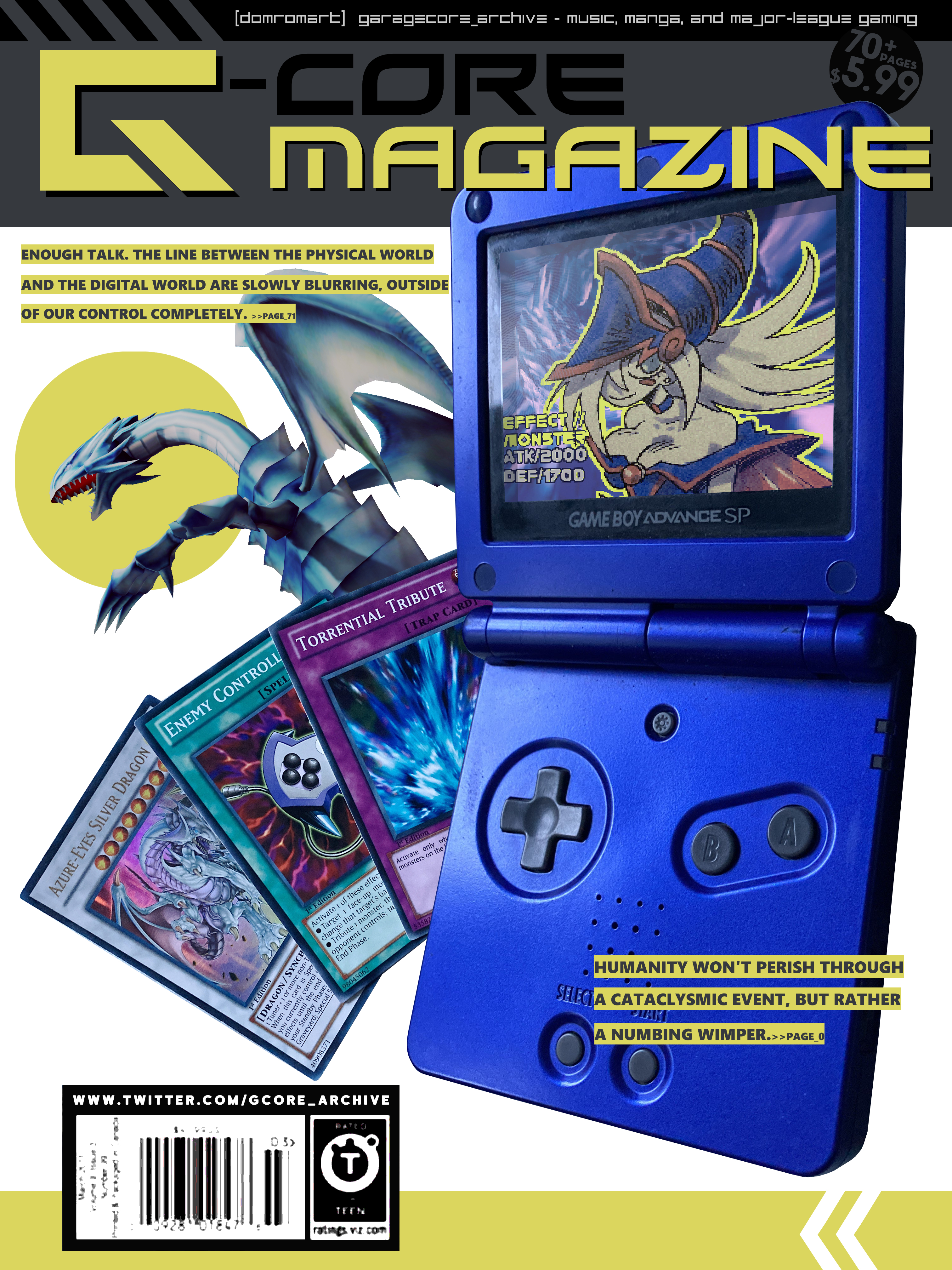 Trying to get ahold of what the project after this star fox zine would look like if it's yugioh based. My favorite part of growing up in the 2000s gaming culture was the nintendo power fallout... so many cool magazines full of art id trace over all day as a kid. It's named after my archive twitter account where I've started to put my research.