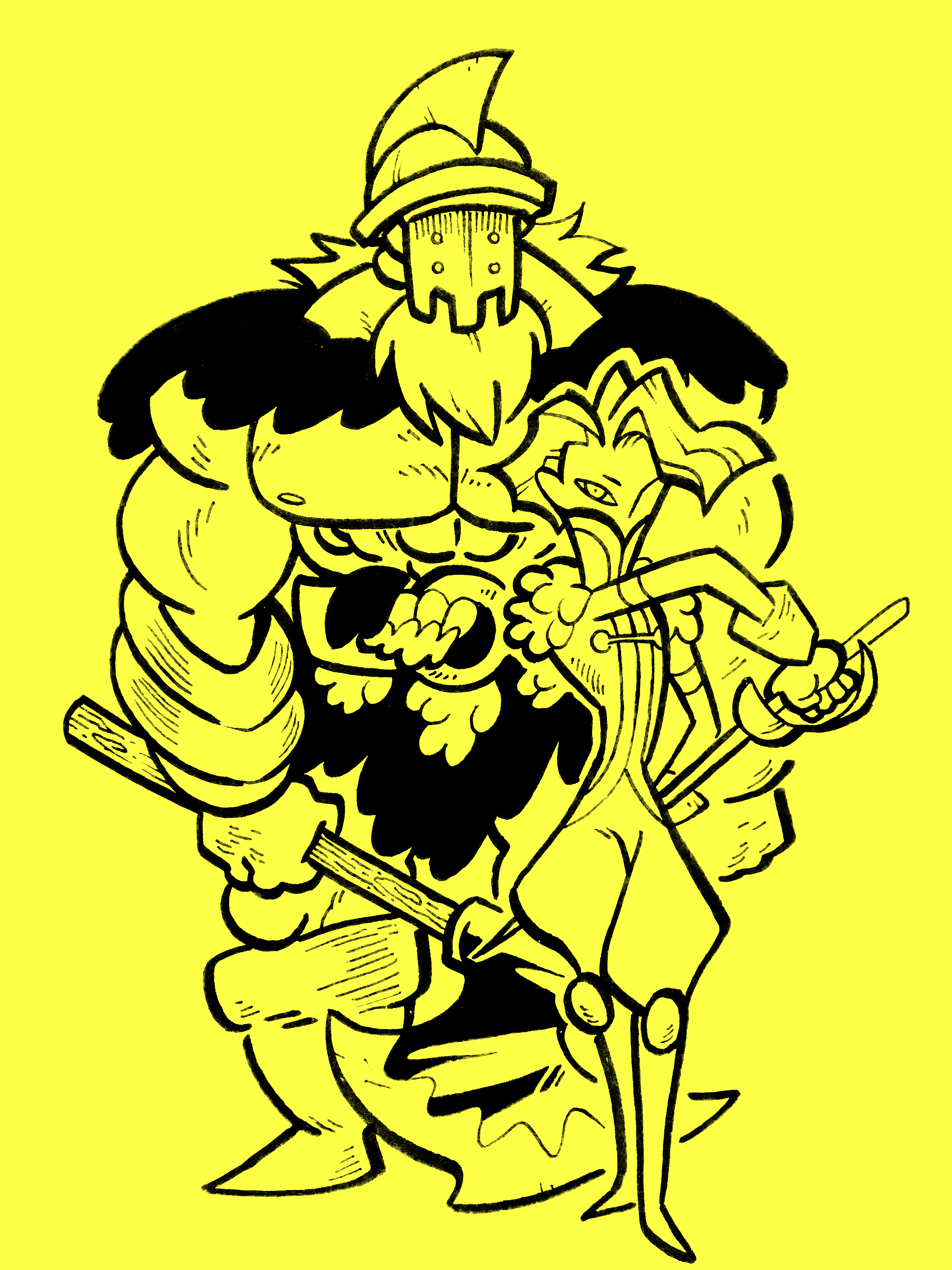 Older piece I still like... totally scrapped this project. Everyone gets those one piece esque ideas where they go "im gonna make a longform comic!" and write up a whole world around some characters and their arcs... right? Right?

I had this idea my second year of college of a sort of huge fantasy political story with magic and personal hardships and a very unlikely main character. It was so much fun and I would put on my favorite songs and imagine music videos to them.

I still like this character illustration though. It's still up on my wall. One was supposed to be an average brute, and the smaller one was supposed to a crafty rapier wielder that would be able to step through people's shadows.