For the month of April we have disabled ads on all E-M content. We need 16 people to reach our goal of 3,000 active supporters. If we hit that, we'll continue with a new goal in May! 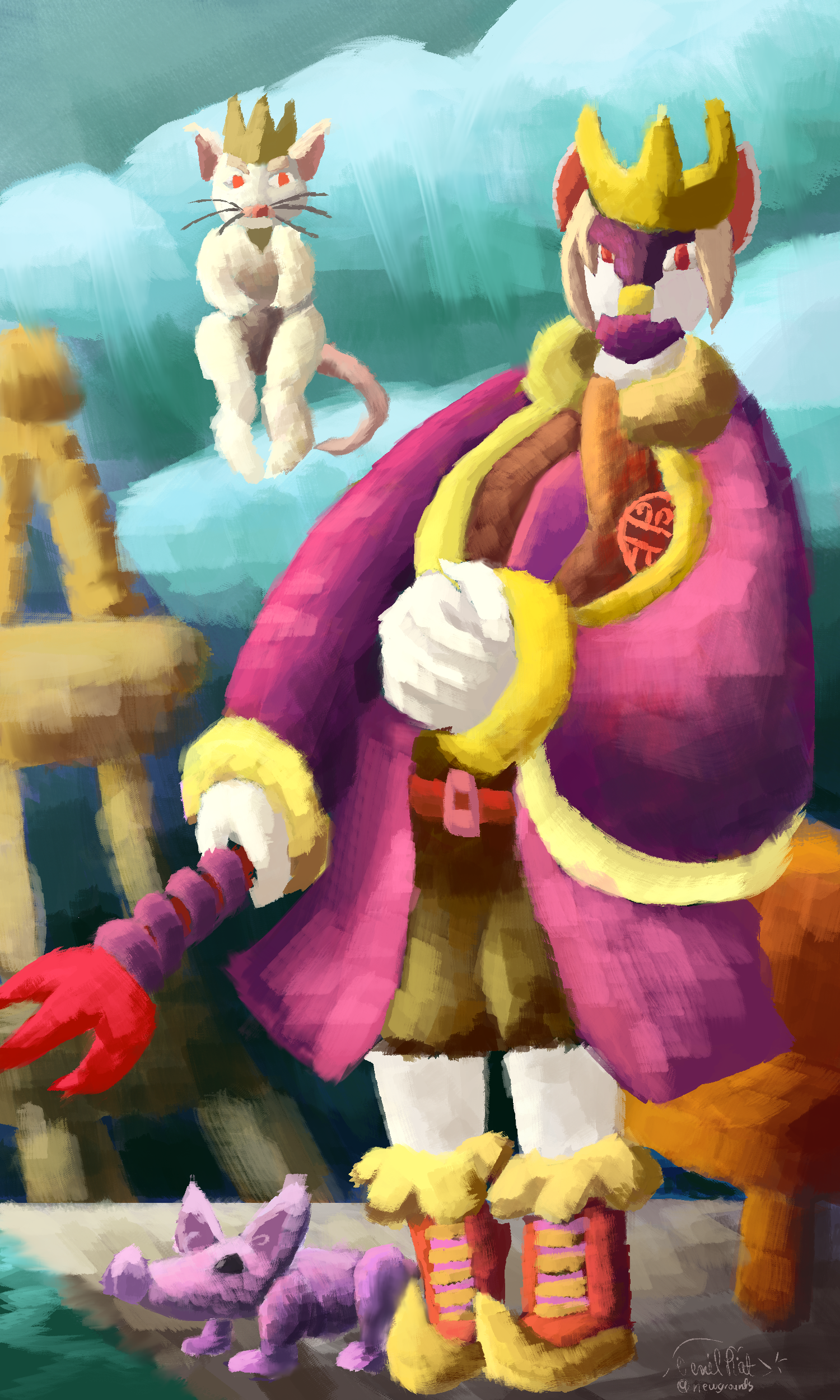 A villain who stepped out to take place of Hawk Moth. Not out of wanting control, but out of wanting to help their self interests. Due to before King Rat and Vermis met. King Rat's previous life was normal until the father disaspeared and all that left was a shiny red belt. That granted the power of invasion. A Kwami with less than good intentions that was born out of negative emotions and betrayal. Not out of balancing the world, but infiltrate and just be pure chaos. Vermis being manupilative towards King Rat just to grant to give him anything, but have to his power just to grant it. King Rat which was poor and father often worked in sewers and had full depth knowledge of the systems due to his father... Father previously would go on trips, but reality was plotting to overthrow ladybug and catnoir, but didn't have the time due to the akumatization of hawkmoth became unpredictable and the energy signature was shifted. Due to a fall. Since the father couldn't get his work done in two years. He was gone and this was left. Due to the curse. King Rat only agreed to use something that made his dad fall due to wanting to bring back his dad, or lift the curse. Due to having the two decisions if can achieve his goal. He only served only to fight ladybug and catnoir just to make them fearful over time and knew full well to figure out how to avoid dealing with Queen Bee or Fox, due to Queen Bee's power his weakness to his high mobility focused power. Fox being just a trap to deal with.

His Kwami is striaght up one part charmastic, one part just manipulative, but only agrees to work with King Rat due to lead pipes being his favourite treat due to causing destruction and his the bite force and upgrades his restores the rat bite flee ability. When say Wall Ratification granting the ability to dart through walls, but at the cost of limited time to detransform, but the other form being Release the Plague causing Akumatizaiton through any sewer rats that go towards victims feeling fear. Then uses them as decoys to distract ladybug and catnoir.

King Rat is only aimed on trying to get Cat Noir or Ladybug scared so he can use them as decoys to defeat eachother, but only using offense form just to destory buildings by taking his spear and destory them to scare the civilians to make potential victims.

The power's closest to.

A mix of Cat Noir and Hawk Moth.

Wall Ratification gives the user to make pass through walls by leaving holes in them but can only work in offensive form, like here. By taking his left hand saying it, it grants, but sacrifices armor purple piece to cover mouth, but allows easy fleeing, but can be used for a limited time duration.

Pitch Fork granting a ton of knockback mobility if takes his spear and a bunch of people near by are fearful. He can convert their fear into power he can use that allows him to cause purple flame that allows him to destory buildings and use as a higher jump.

Plague Release turns rats into akumas to use on anyone in fear, and the rats being are homing on any potentional victims. Less controllable, but allows King Rat to invade the minds of victims, but the akumatization of the user loses all free will, as King Rat is using their body, with all his power, but his victims become royal themed villains based upon the monarchy hiearchy depending how much fear they feel, but on average they are low tier, but only uses the low tier just to strike fear into other people that feel the fear even worse, but on will can release just to go who is feeling it worse.

Has a cane instead, that is lesser in power to the pitch fork. It is only useful for secondary defense. Being a plague doctor themed villain in design.

General abilities gives the user rat themed abilities like increased swimming speed compared to default cat noir and ladybug. On par with their swim transformation due to the rat power. Due to rats being great swimmers.

Increased jump height, can smell users from a far, some night vision, but main draw backs, not able to tank a bunch of hits and taking severe knock back, and... Lesser speed than most miraculous powers. Being slow in comparison, but the jump height increase and water making perfectly suitable for closed spaces and depending on the form. Can be a nightmare in closed spaces combat.

Low speed, can't tank a bunch of hits due to being a glass cannon.

Is highly weak to Queen Bee's immobility due to her fast speed and immobilizing ability while the mouse miraculous is straight up destinied to fail if fighting king rat. As more people in an area, and if they got fear while in offense form or even support. Can straight up either use release plague if in a sewer to control mouse, or general using the ribbon on the pitch fork becoming fully lit in fear the user is emiting.

Weaker in open spaces, but great in closed. Typically when King rat strikes is indoors rather than outdoors as if he jumps into combat to strike fear into the city to get ladybug and cat noir. To slowly make them get scared of him so he can use his power on them to take their miracolouses so he can wish to lift the curse of two years due to his pact with his kwami to help his dad from the coma.

King Rat personality wise is quiet and tactical. His kwamii is manupilative, charmastic, and has a smart mouth that annoys King Rat, but he is only putting up with him just to avoid his fate of making the same mistake as his dad.