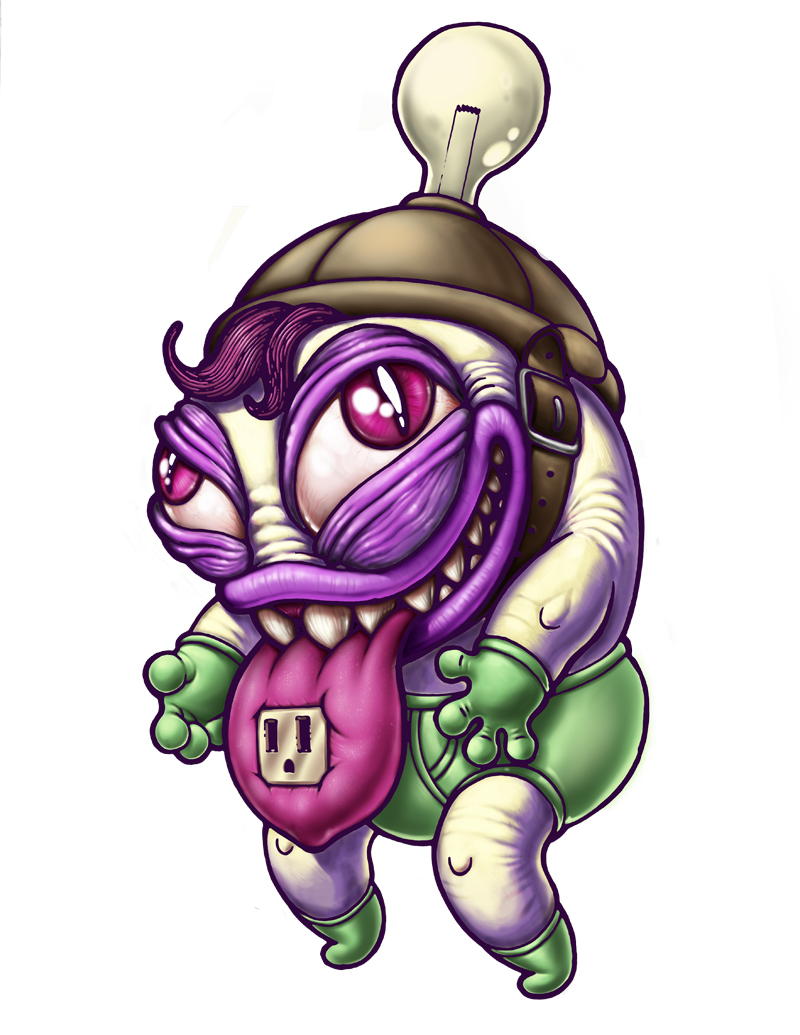 ~~THINGS TO IMPROVE ON~~
Some background color or detail

I really didn't know what to expect from this title. I thought it was going to be a disgusting picture of a baby and the joke was that it was used as shock humor. I guess it kinda fits both themes. While not that good of a picture, it's nice to see some really strong shadings. The baby looks extremely evil with his purple lips. I love how it's the kind of thing that you really WOULD want to plug in to destroy its sheer evil.

I doubt it's human, it looks more like a frog creature. I guess it's because it's wearing green clothes. I like how there's a lot of detail in everything. It seems like the picture is a bit too cluttered, but it's still good. The outlet is apparently part of the creature's body, but there's also something strapped onto his head.

this is awesome on so many levels

great work, i love both the style and the idea (and its expression)

thanx man! i wanted to get that evil smile just right.

..the baby had a brain fart? haha

Don't let your talent go to waste, you're really going to go places with your art. I'd love to see something from you pertaining to having an environment on one side of the page and how you perceive it on the other. His eyelids are my favorite part by the way. haha

thanx Kaninchen!
yeah i'm trying to just produce a bunch of stuff
you never know who might like an idea y'know

this my dear freind...