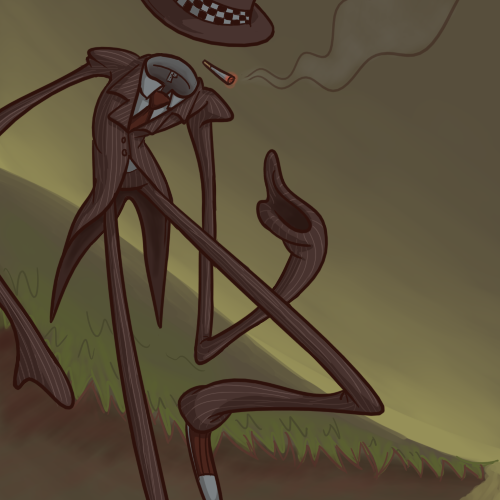 It seems like the arms are mouths. They're just bursting out to attack someone. That could also be why it reminds me of tentacles. I think Slender Man has tentacles at least in some incarnations. The picture looks all wobbly.

Who gives a shit, it looks amazing and the idea is concentrated mostly on the suit; that cigar looks sexy though, I must admit.

This reminds me of a book

Invisible man or something? I dunno seems like it

anyone else thinking that this look like a spy from tf2?