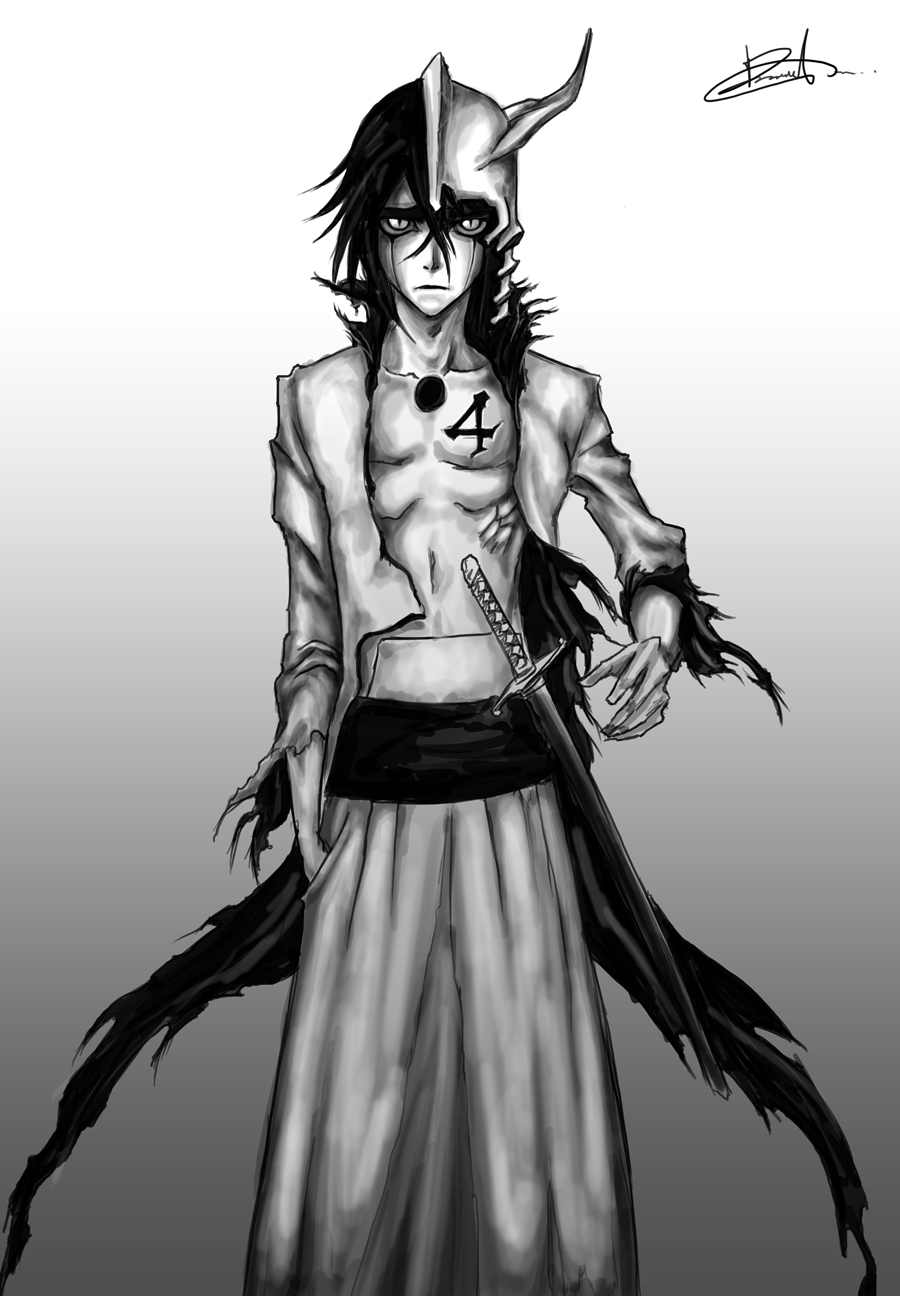 My go at drawing Ulquiorra Chifer from Kubo tites Bleach series. Took me bout 40 minutes to complete using photoshop cs5 and my trusty Wacom Cintiq.
Check it out http://www.youtube.com/wa tch?v=TXBG8bOtcG0

Neat!! Bleach is coming back to anime!

Great drawing! You know, the funny thing is that I've seen about two episode of the entire anime. I did see this one online clip that showed him. It was so cool, I immediately became familiar with the character. You seemed to have captured his essence perfectly. It's great to see the unique parts of his body.

I've never seen him change expression. My favorite part might be his half helmet. The "4" is a great touch too. It looks like he's ready to battle. It's such a triumphant pose.

Awesome i think it is one of the best Bleach sketches ever!