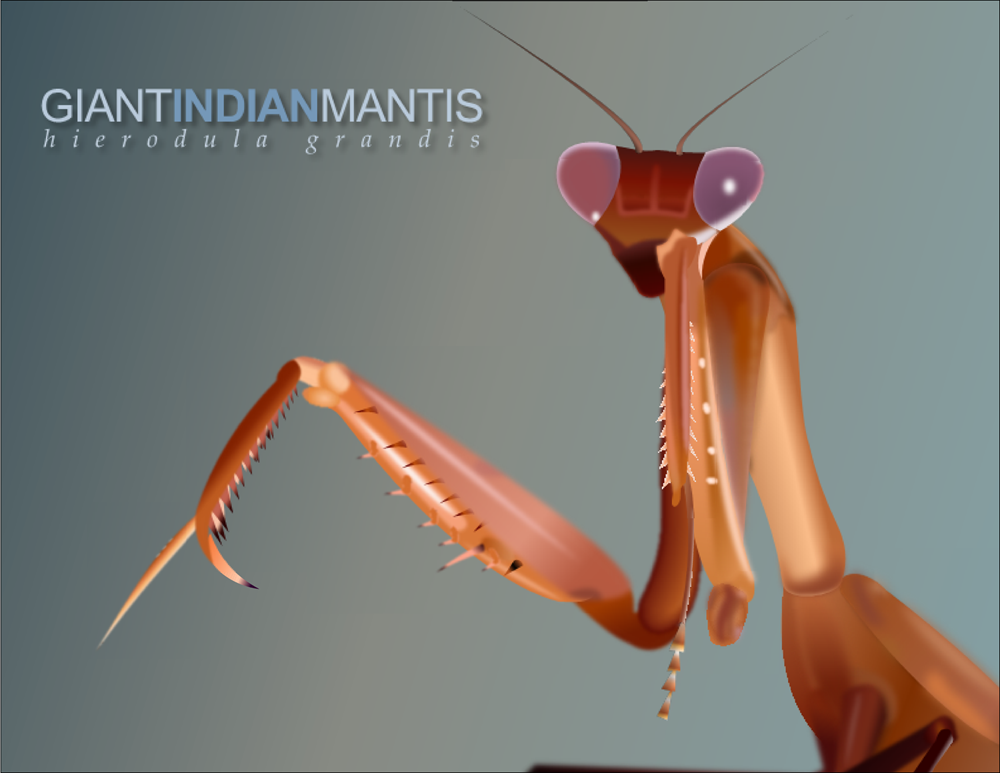 When creating this illustration of a Giant Indian Mantis, I tried to push the limits of Macromedia FreeHand's vector-based nature and create something that wasn't obviously composed of precise lines, polygons and gradient fills. I used images from an entomology website to help me with my research, but the illustration itself is entirely original work.

If you draw a insect with red eyes for me I will post it tag your profile and follow you would you mind ?

This is a great 3D work of art. The eyes really stand out. Some grass or background objects would make it better.

So i have not seen too much 3d art stylle stuff on here, but have to admitt this was pretty impressive, It was really creepy looking with the "BUGGY" eyes and such but thats what a bug is hehe, anyways this was 3d but also you can tell it was 3d it also had a real effect wich was pretty cool. Allthough this is an older pic i could still see some improvments from this like more effort on the little details here and there, never hurts to put in that extra effort in making it much better, in the end the effort will show off to the good quality so thats another great thing to think about, Below are a few good ideas that could help get even better things going. but besides that this was notbad at all.

~~THINGS TO IMPROVE ON~~
I have abit of advice in the form of some ideas, tips, and fixes that could make this better just a few anyways, so try them out even if just a few and these should really make this piece much better and detailed and with more quality.

Very Realistic. Especially when I saw the thumb nail I was like I thought they didn't allow photography. Lol nice job!