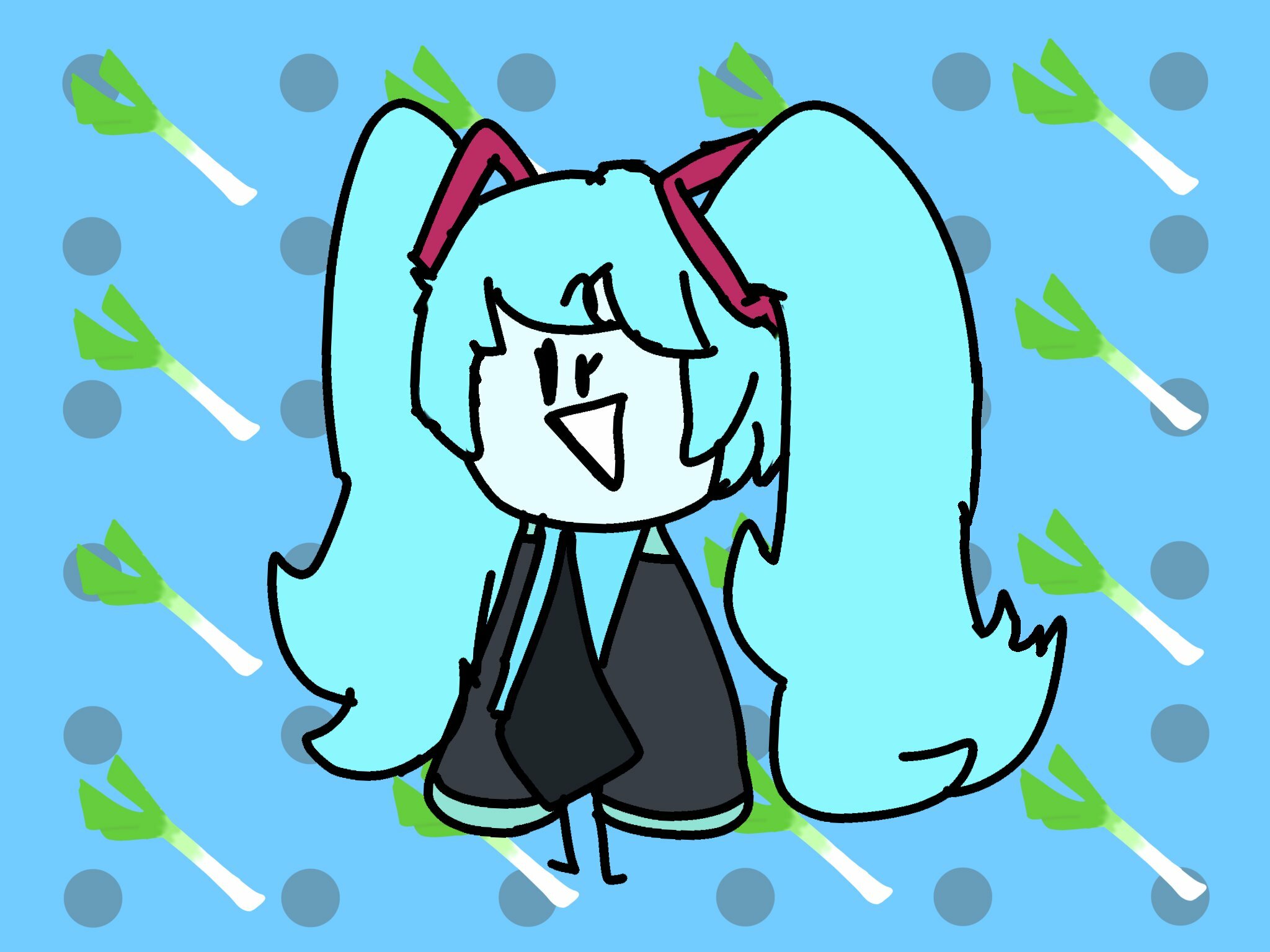 miku but in a certain kinda artstyle, i call it the Stix style because its inspired by some doodles i made that i wanted to make into a series called, well, Stix. The Stix characters have arms normally but for some reason this miku doesn't have normal arms. instead her weird sleeve things are arms.