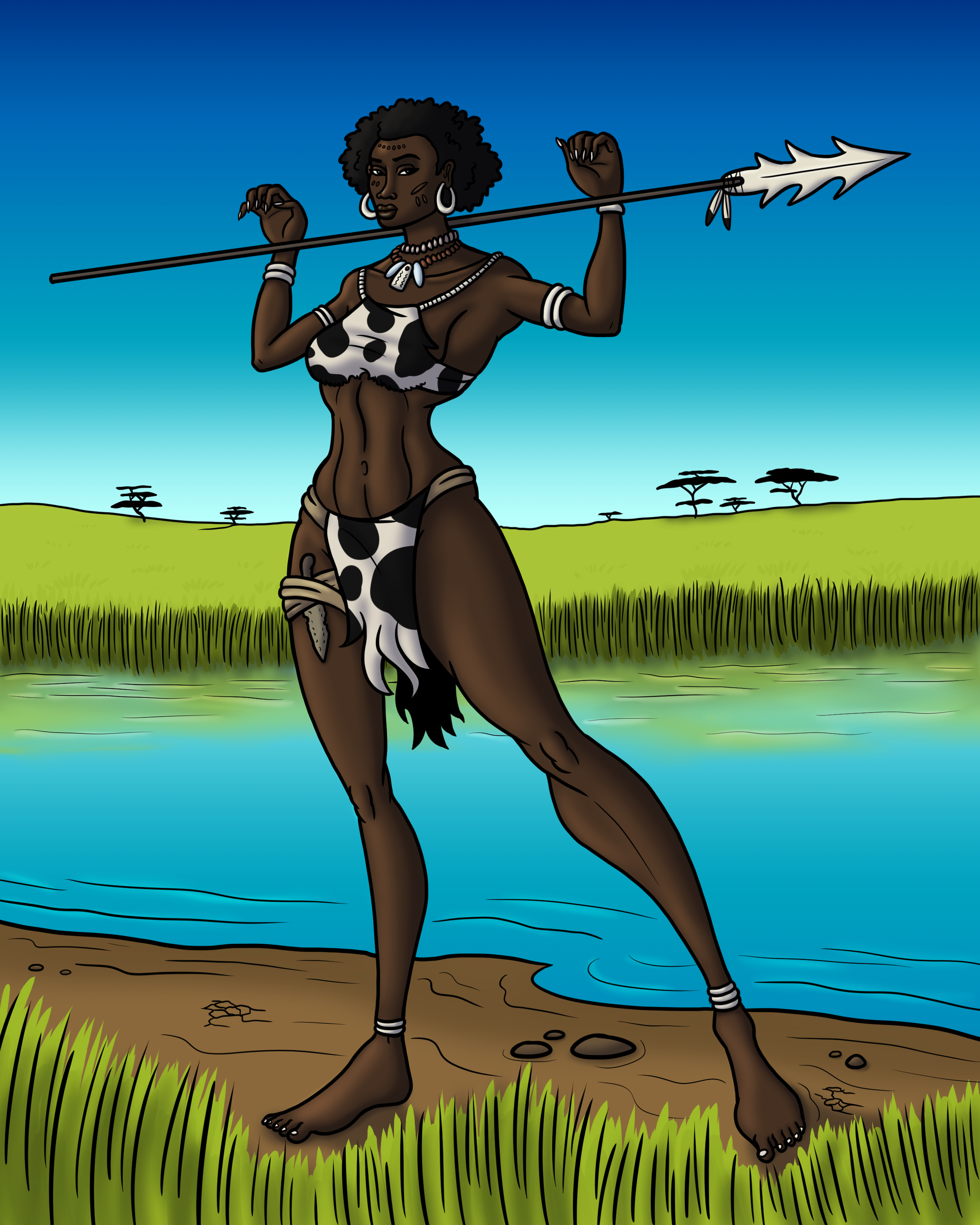 A woman of the Tenerian culture, carrying a barbed harpoon, stands along the banks of the Gobero lake in the grasslands that will someday dry out into the desert of northern Niger. The Tenerian people, who occupied the Gobero region between 5200 and 2200 BC, would have subsisted as Neolithic herders of cattle as well as hunters and fishers, and they are known to have produced pottery as well as jewelry carved from hippopotamus tusks. They were actually the second culture to settle alongside the now-desiccated lake during the early Holocene, with the first being a culture of hunter-gatherers known as the Kiffians (from 7700 to 6200 BC).