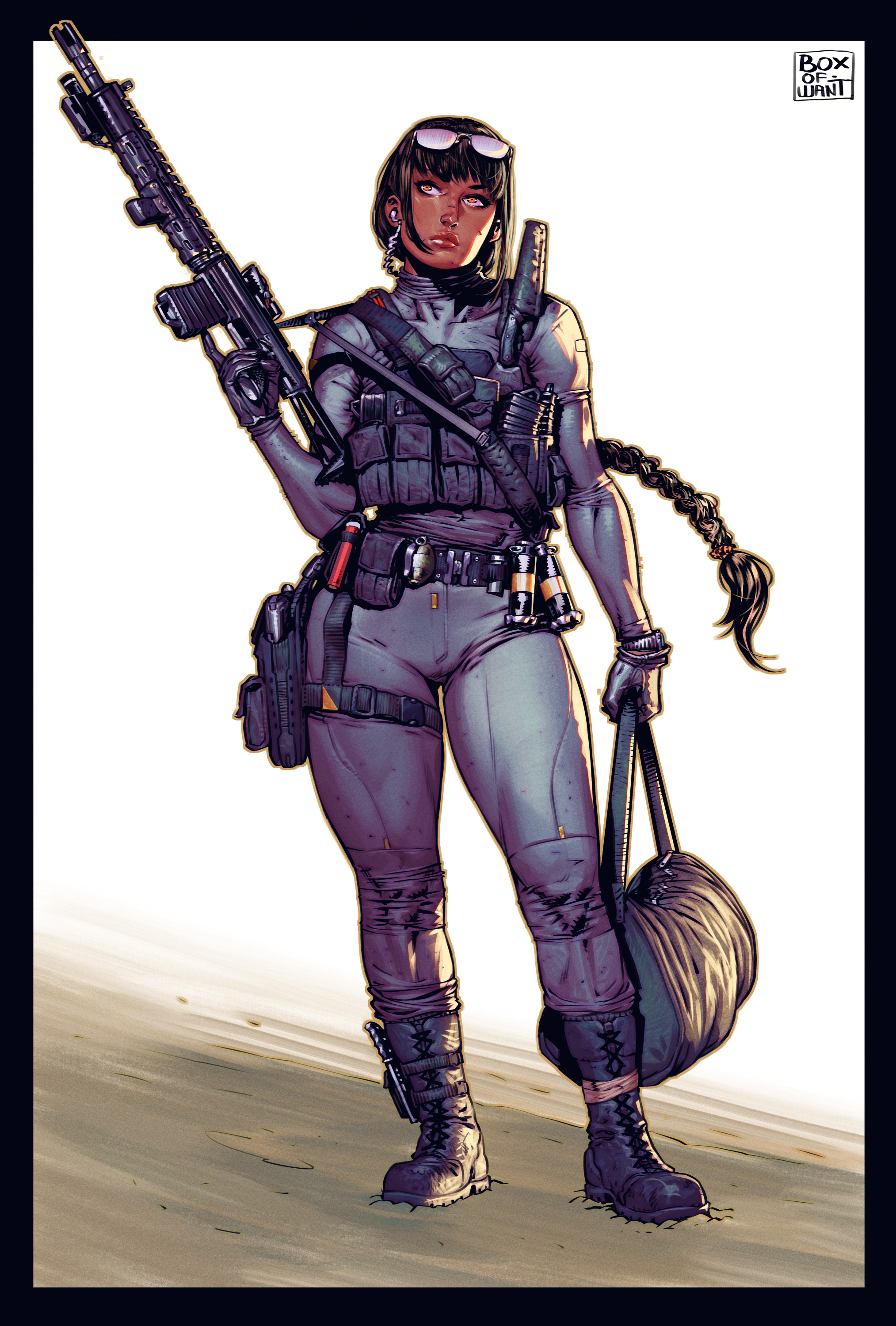 Anonymous commission of another Gun Gal.

I need to start using 3d models for these rifles, or channel @dmitrys_futa's holy powers.

I love everything in this except for one single thing: the glasses. There are a few things which are extremely stupid on soldiers such as glasses during the day and lit cigars during the night. In the military they try to reduce glass as much as possible, keeping it just where it is actually needed such as scopes. Simo Häyhä, also called The White Death, was a master sniper, and what is even more impressive about him is that he shot all of his shots in iron sight, he went so far as to remove the scope so the lenses don't create reflexion and make him an obvious target to anti sniper sniper teams. He also used snow to hide the shot flash, light that would also give out his location. This is why cigars are banned in some military camps, especially during a conflict. Besides the fact that they fuck up the consumer's lungs and sabotages his physical training, they also serve as a perfect target point.

TLDR the spec ops soldier shouldn't have glasses, especially unessential ones like sunglasses because it would give out her location easier.

This is rad! The quality of your drawings is always sky-high!

Amazing as always ! the lighting is spor on !