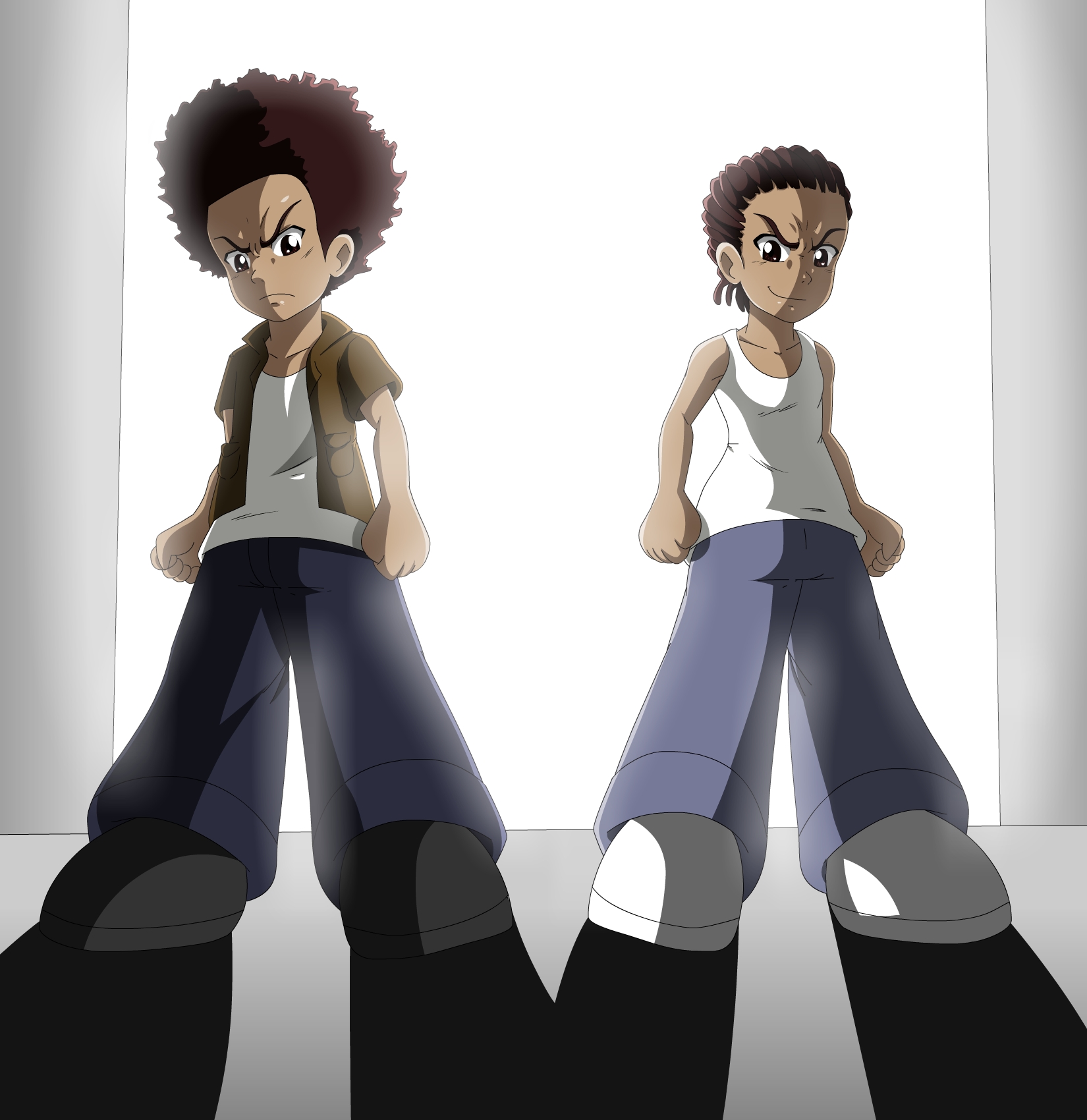 only a few days left for the 4th season of boondocks, i hope its as good as the 3rd in terms of writting and animation/art style ^^

sadly, the 4th sesaon sucks so far.
but nice art.

i dunno, i liked the parodie of chris brown episode. sure it wasnt such good start episode like the obama one from season 3. but i still liked it

I freaking love this show. Super hyped for the final season. But yeah, I do hope the resigning of the original creator doesn't affect the show too much.

The picture's badass too, but I still think you could of done a better job with shading. Also, I can't really tell if they're standing up straight or lowering the top of their bodies backwards, since their legs and feet seem a bit too big in comparison.

Well the original creator Aaron McGruder will not be involved in the production of this 4th season, which among other things is also the last season of the Boondocks, a pity really, i do wish that at least they keep it with the same degrees of quality, animation/art style wise, we have nothing to worry really, is the story telling that may suffer.

In other news, the comic in which The Boondocks is based, was also abandoned by Aaron, and it has been years since he worked on that, it is safe to assume, that he has abandoned this project completely, well i don't know if the failure of the Uncle Ruckus live action movie had or not something to do with this. So what will Mr Aaron be doing now? apparently working on Black Jesus, but nothing that i can confirm there.

oh well, nothing can go on forever, it was fun while it lasted, i hope this 4th season will do a fair and good closure to the boondocks. yeah it is pitty that he wont be involved in this season in terms of writting, but the animation studio who made legend of korra will do the animation, so atleast the animation SHOULD be good