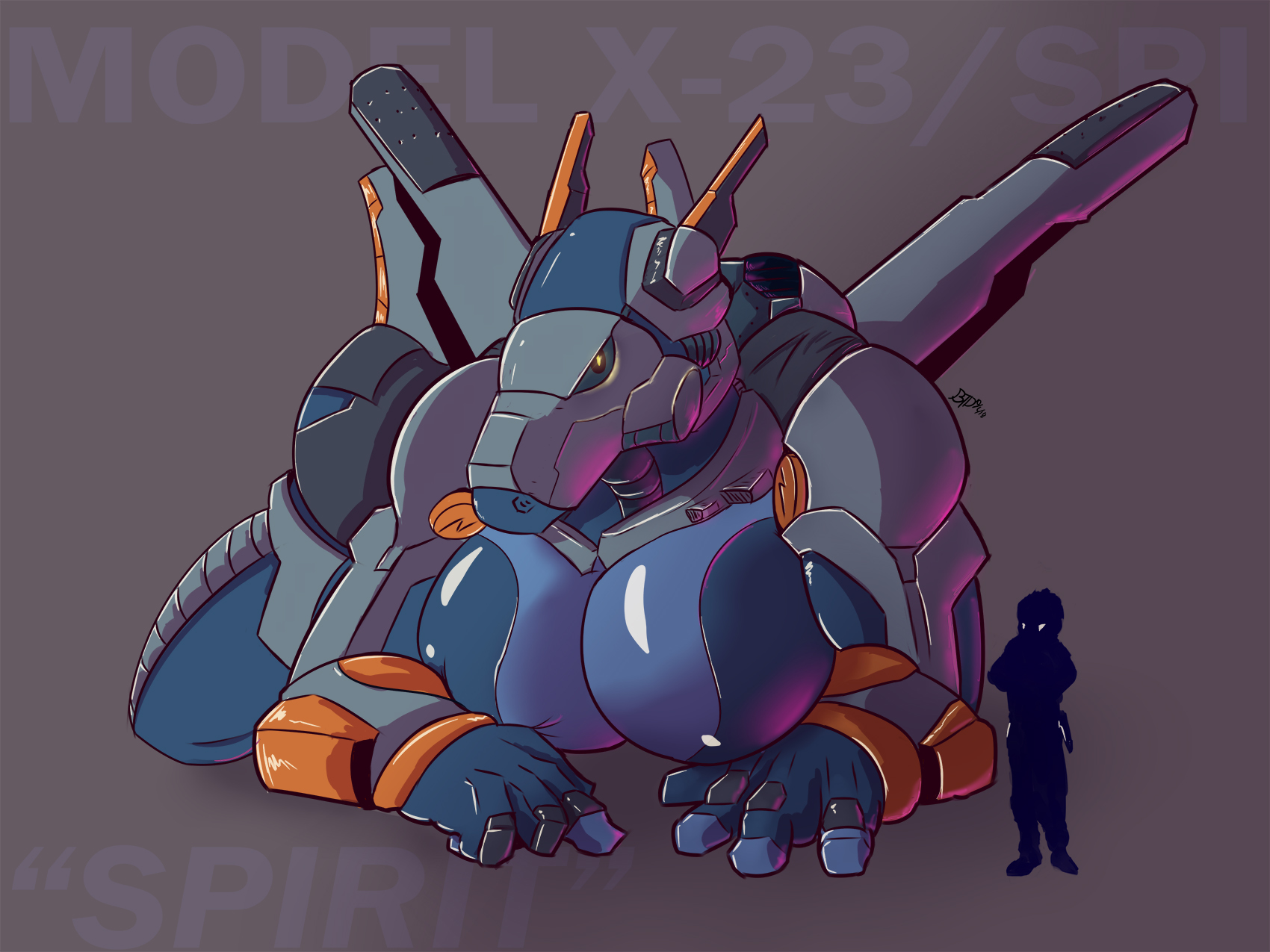 "After a great interstellar civil war, hundreds of giant bipedal machines were left without a clear purpose or definition. Some were turned into construction units, salvaged, or placed into cold sleep after being demilitarized.

A set of businessmen decided to try racing these semi-sentient drones on a massive open field, drawing crowds of hundreds, then weeks later, thousands upon thousands and millions over the Net and from the nearby megacities.

This was the birth of the Mechatrack Drone Racing League. It included a variety of tracks, most of which were a mix of ground for running, and air for flying/gliding. Many hopeful racers brought their once decommissioned machines, some newly repainted and retrofitted modules for speed and stamina, others with illegal and deadly modifications. All hoped to win the grand prize of two billion credits, and recognition among the civilized galaxy.

Somewhere on a terraformed, and crater-filled planet where cities sprawled over ancient bombardments, one hopeful teen saved up every penny for one of the forgotten older models, an X-21/SPI, Strategic Personnel Interceptor, sitting forgotten in a pawn warehouse and rusting away. Still donning her old naval coat of paint and mil-spec thrusters, he was determined to win with this diamond in the rough and help her regain her former glory under a new name: Spirit.

A soft smirk across his face spreads into a wide, excited smile as the young racer approaches the curious biped drone. They share a glance, and the boy pulls a stool over to sit before her in the dim, dust-powered warehouse. A short conversation later, the boy asks a question that causes her sensors to stir and her eyes to glow with excitement for the first time in 15 years.

"Hey Spirit, can I take you home?"

As they practice, several questions will begin to stir. Why is she able to recall some of her memories of her military service, including her former pilot when no other known biped drone could? Was there more to her synthetic neuron network that caused her personality to survive a data wipe? Could they hope to defeat the fierce, sleek crimson-black X-72 'Valkyrie' Interceptor currently holding the lead?

Inspired by the song "Drone Racing League" by Gunship, off their album 'Dark All Day' Released on October 5, 2018 - https://www.youtube.com/watch?v=AZtik4q7NqM

I love retrowave stuff, and some of the dark neon images and stories they deliver. This song just kept filling me with the idea of drones that were much more than just drones. Especially because of the language used in the song that seemed to connect a pilot to his drone in a very personal way. So, while listening, I came up with this design and idea to kind of flesh out the background of the song with a big, busty robotic 'drone'. With more practice/patience I would love to frame this concept in the style of late 80s/early 90s anime.