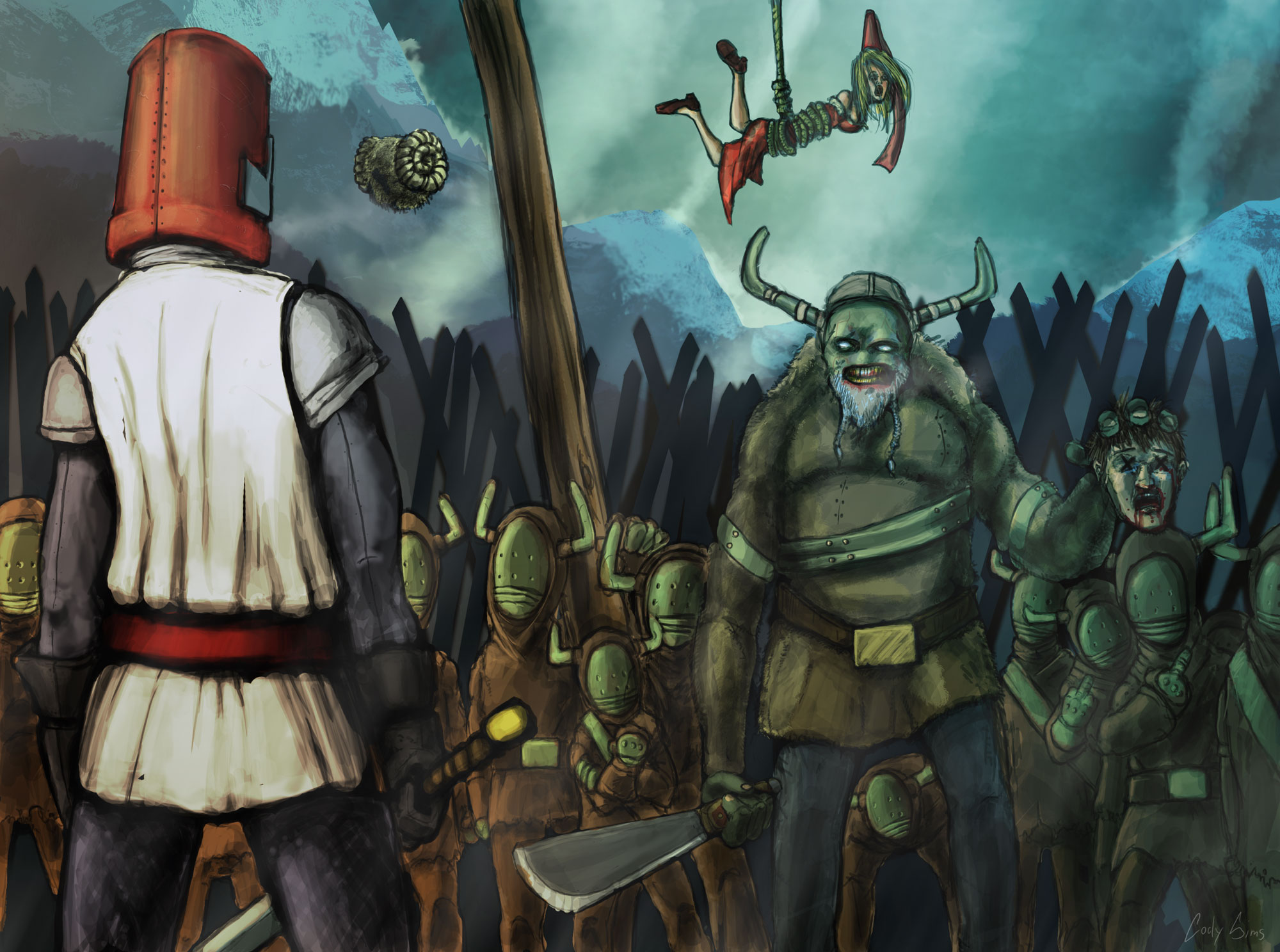 My submission for the 2011 Calendar contest.

lemme know what you think!

It seems like this is too generic of a title to not have other titles like it. What was funny about this was that it really doesn't have that much to do with Castle Crashers. Sure, it has the red knight here, but you only see him from behind. All the other characters just seem so out of place. I guess those guys probably appear in the games which I haven't played yet. I like how there's a floating goat head thing.

Each of these enemies seems to have a unique design or at least most of them do. Like the guy without a mask has this weird beard. I thought that was a head that belonged to one of the people there, but it was just a severed head. The best part is probably how strong the shading and lighting effects are. It's funny how there's a masked baby.

i wish this is what the game looked like. In a third person way and all detailed and child scaring. yea i love this picture

I can't stop looking at it.

This is like... so amazing my friend. I've seen pictures where people try to dramatize Castle Crashers but not once have I found one that REALLY caught my eye, but you really did it with this one. I mean... wow. I also really love how nonchalantly he just stands there like he's gonna' take these bitches down. But yeah man, totally great work. 10/10 + A Favorite.