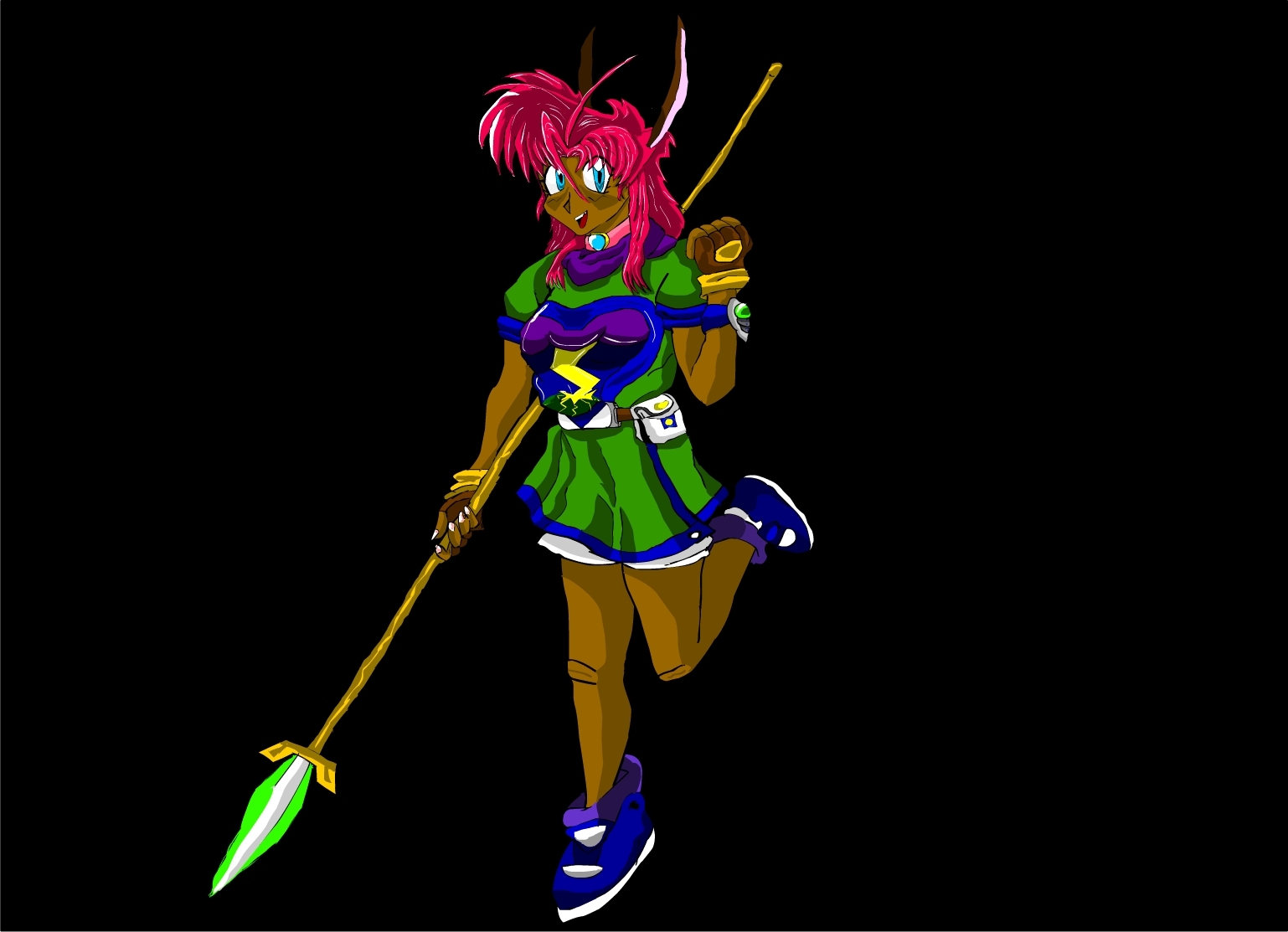 Clara is the daughter of human Treasure hunter/archaeologist Corey McCopperhead, and rabbit-like numanoid mechanic and mechanoid baroness María Margarita. She is the middle child of 13 children, and generally tends to have her hands tied with… well, everything. Between balancing her own needs and those of her friends and family, it’s no wonder she can be so scatterbrained at times. Not to mention a lack of sleep. But hey! That’s what coffee and energy drinks are for and the challenge builds character. Clara is a resourceful prodigy who excels at computer science mechanical hardware manufacturing, in no small part thanks to her older brothers, Jose and Jorge, as well as her mother Maria. Maria is a very nurturing, but strict mother, as a result, Clara is heart, a generally well behaved and usually the one to try to (failingly) convince her friends to not do naughty things like step outside of the quarantine zone.

However, Clara also takes after her father, and is often adventurous and brave despite being spooked by supernatural concepts. While ghosts terrify the bejeezus out of her, she’s not afraid of any robot, for she knows the nature of AI and its limitations. So when her friends decide to go off into danger, she is there right behind them to lend a helping hand with her numerous gadgets at her disposal.