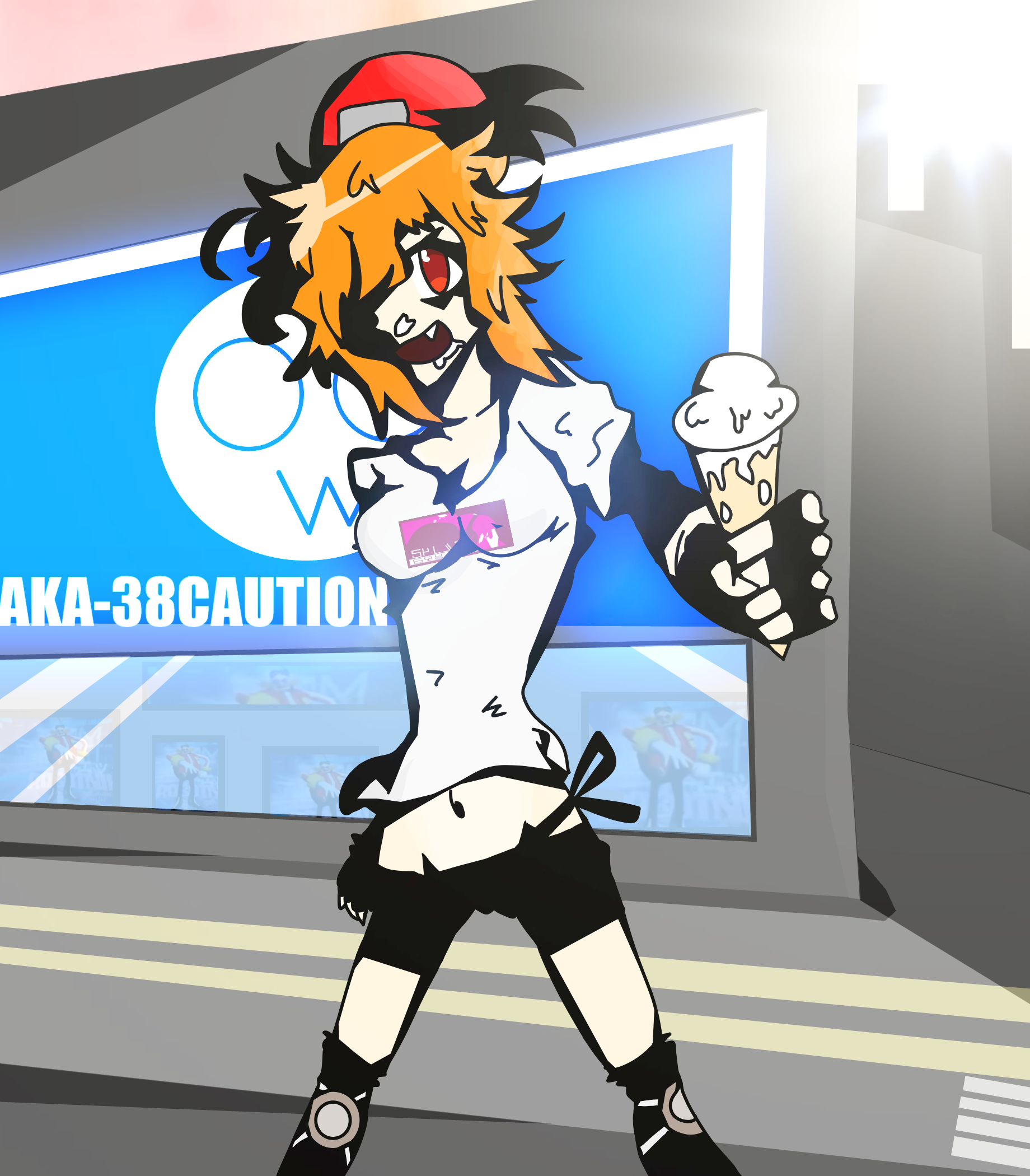 I giving you an Ice Cream because you deserve it.

It actually has been while since I done Meggy Fanart, eh? After WOTFI 2020, she was giving a actual voice for once instead of having inkling voice where she not inkling anymore. It also the same voice actor who did JoJo (oddly enough).

The backgrounds was pain to do. First try, the building look small so I have to resize it. I noticed that I haven't filled the backgrounds layer completely. I was also plan to have a Taxi with "FakeMario" logo on it (as referenced from my other drawing) but the Taxi didn't really fit the drawing sadly.

Also, I trying to pull of Meggy being more of a Tomboy looks. The pose is oddly familiar from my old Meggy fanart (which wasn't planned).