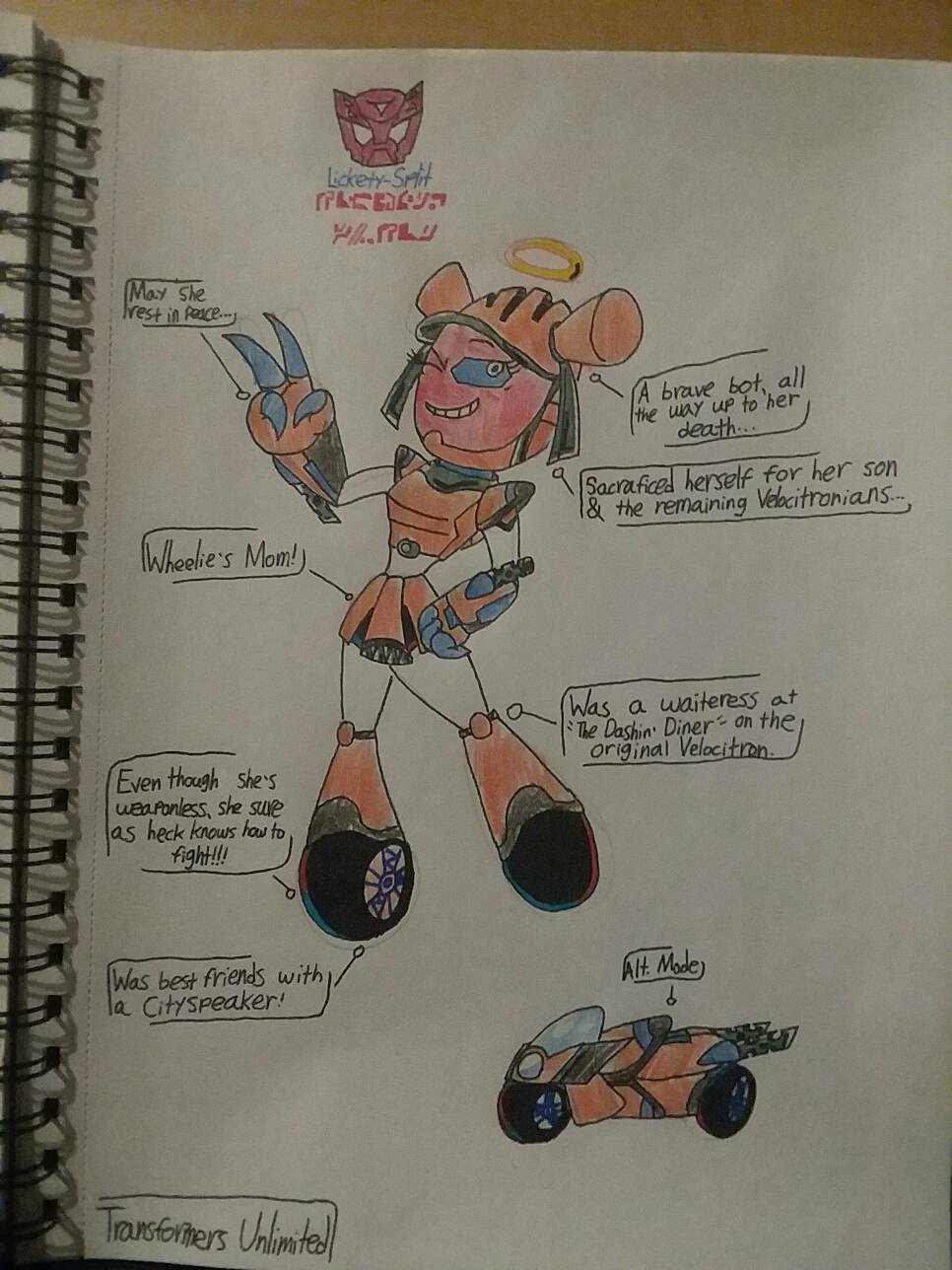 If you've been paying attention like a good boi, you'll remember that Wheelie lost his mother to the plague that is Cosmic Rust. This is that lady. Her name was Lickety-Split. She used to have dreams of being a champion athlete but gave that up to raise her son and settled with being a waitress. When the Cosmic Rust plague hit the original Velocitron, she was one of the brave souls who sacrificed themselves to save their people. As she sent those Velocitronians and her son Wheelie through the ground bridge, her last words were "You're destined for awesomeness, my little all-star. I love you...". Shortly after, the Cosmic Rust caught up with her and she got disintegrated before Wheelie's optics right as the ground bridge closed. Lickety-Split was a fantastic friend, an amazing waitress, & an awesome mom. Let her spark join the Matrix and may she rest in peace.