After ten years in basements, bedrooms and living rooms, Newgrounds finally bought an office in late 2005. The following was documented while we were getting set up, so it was a work in progress and still is - this article is from 2005 and in need of an update. 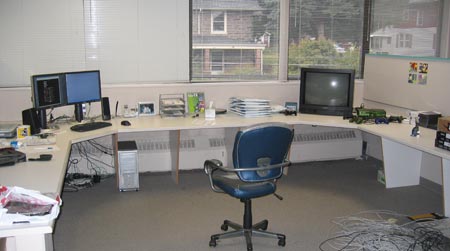 The picture above was my initial work space. To the left is my computer and to the right is my "test station" for console game development. That box is what was known as a "vacuum tube television."

This is a picture of Josh's set-up. Josh is a programmer from the Behemoth team, solely focused on programming tools for console game development. For those of you who haven't been paying attention, I'm one of the founders of the Behemoth. We formed to make a console version of Alien Hominid! The NG office is a combined space for both NG and Behemoth projects, since I juggle both and the ultimate goal is for everything to converge and be awesome.

Here are some more pics of the office. 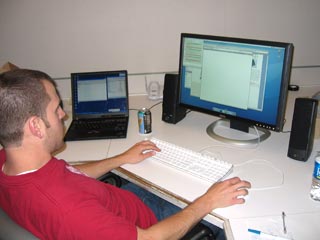 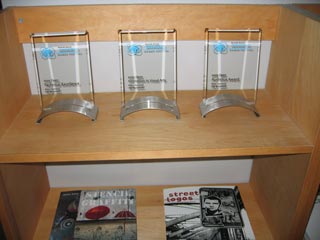 Awards from the 2005 Independent Games Festival. 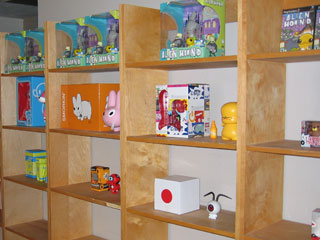 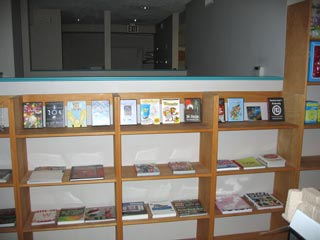 Every DVD ever by an NG regular.


Hope you enjoyed the tour! If you want to see the office circa 2008, check out this game by Afro-Ninja, Swain, Luis and Bob: