For the first decade, Newgrounds had a nomadic existence. Here's how it breaks down:

Back when NG was the HOTTEST SITE ON THE INTERNET, fans requested to see pictures of NG Headquarters. To accommodate, Wade took some time to snap digital pictures around NQ HQ, aka Tom's apartment.

Here is a shot of the office rarely seen on the two webcams we had running. This angle shows Tom's bed, right next to his computer. The bicycle is Tom's, but he preferred walking. It was eventually stolen from outside his apartment in Atlanta, so at least someone used it.

Now we turn our view to the right and can see where Andy and Wade worked. The door on the left went outside, next to where someone pooped on our building. You can see Sherbert the cat sleeping in a box and the only non-boarded-up window in the room. The Wade and Ross webcam is on that window sill. 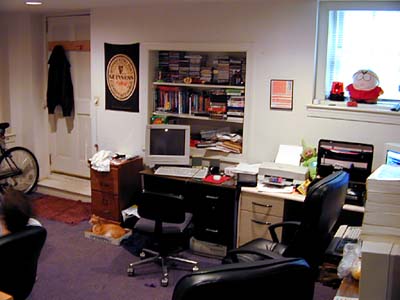 Andy was around temporarily as an artist until moving to DC (he illustrated the original tank logo). Ross left NG during the dot com crash, came back for the 2007 redesign, then left for Yahoo and now works at Etsy. 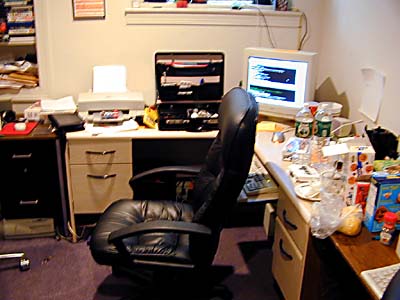 Turning right, we can see what a mess Wade&#039;s work area was. 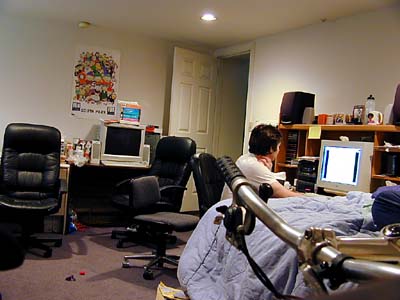 The monitor to the left of Tom is where Ross sat. 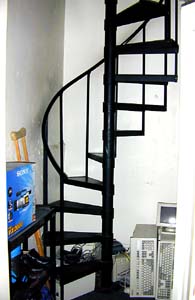 The spiral staircase and our network servers.


Here is a close-up of the servers, maintained by Tim. These aren't the servers that host NG; those were in NYC and are now in Philadelphia (also managed by Tim). 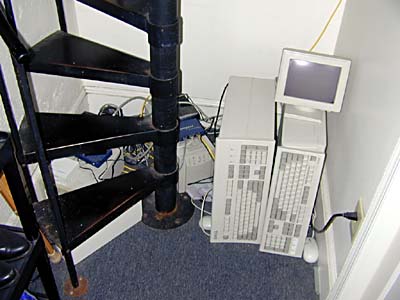 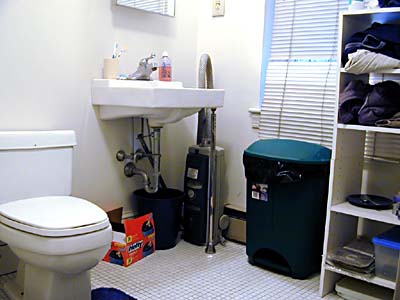 The bathroom, where we came up with material. Also Sherbert&#039;s litterbox. 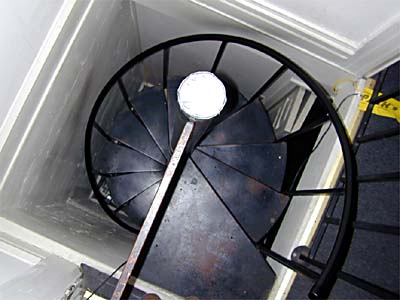 Looking down the stairs from above. Wade slipped once.


At the top of the stairs is the kitchen. Here is the sink, microwave, and dishwasher.

Walking across the room and standing on the counter we can see the other side of the kitchen. Here you can see the fridge, stove, and the spiral staircase. 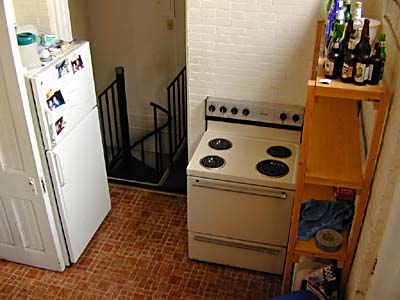 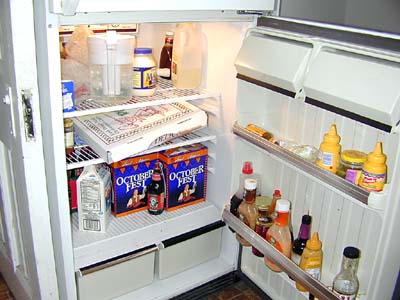 
The next room is the dining room/living room. The NG crew rarely ate at this table. Tom had dinner here sometimes and played games with his roomates Tim and Pete. It's also where Tom sat down for his MPAA interrogation. 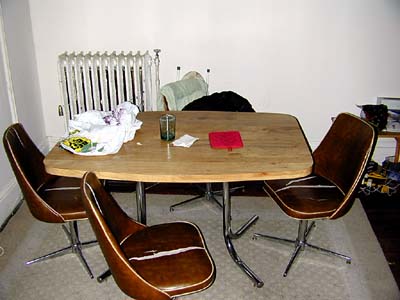 Here is the living room, where the TV watching and video game playing happened. The rest of the NG crew was rarely privileged to spend time in this room during work hours. 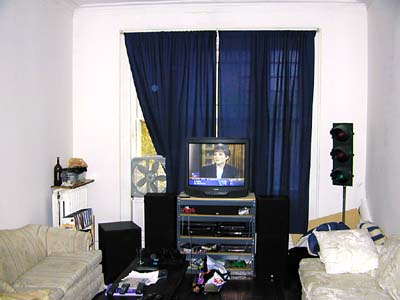 Wade didn't take pictures of Tim and Pete's room to protect their privacy, so that's all we've got!