As told by WadeFulp in the year 2000 In this story, I will post a series of pictures showing how NG HQ's wall has been used as a private restroom by local bums. I will start with the first occurance followed by the second, and then show pictures of what else we discovered on that day, October 27th, 2000. Unfortunately I can't attach the smell that goes with these images, so you'll have to use your imagination. Go stick your head down the hole in a well used porto-potty, and you'll get the idea. 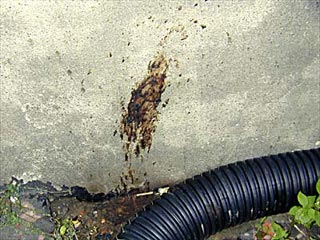 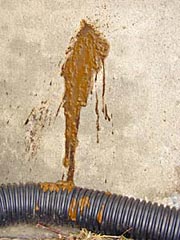 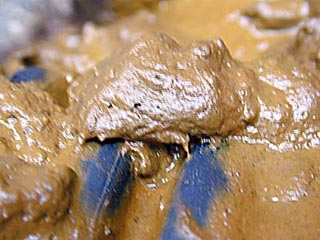 This was really stinky. 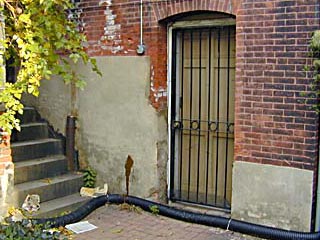 The back entrance, where this atrocity occured.
If things weren't gross enough, with liquid human poop all over the side of the building, it got worse. While cleaning up the human waste, we discovered some of our furry friends from the neighborhood had come to a tragic demise. Two squirrels somehow fell into a plastic trash can, filled 1/3rd with rain water. They must have fallen in, clawed frantically at the sides of the trash can in vain and drowned. Maybe the 2nd squirrel was trying to rescue his friend, or mate, from a watery grave. One squirrel was bigger than the other, but that may be from bloating, so it may have been the first to perish. We removed the squirrels from the water and placed them in a bag, then gave them a proper burial in the building's trash collection area. Here are some images from the recovery of the squirrels' remains. 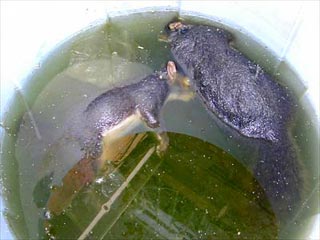 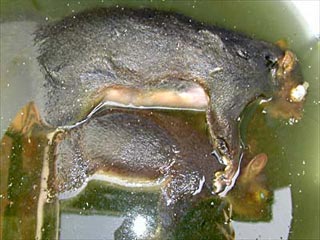 Of course we had to have some dead squirrel FDA. 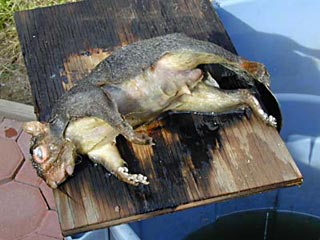 Getting them out of the water wasn&#039;t easy with the tools available. 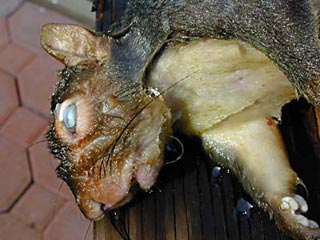 Close inspection showed this one had been dead for a little while.
Now it was time to place them in a bag, so they could be disposed of. This was tricky, as we did not want decomposing squirrel juice on us. 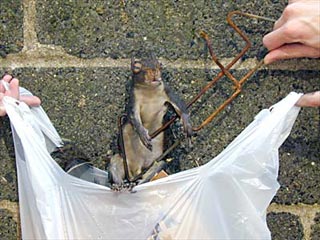 Something about this just didn&#039;t feel right. 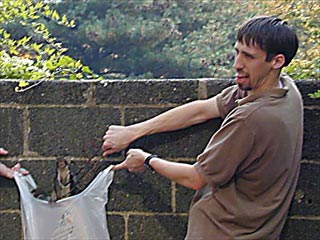 This was almost as smelly as the poop, but not quite as bad.
Due to decline in public drinking water quality, we had been collecting rain water in that plastic trash barrel outside of NG HQ. Previously we had been transfering the water to our Brita water filtering pitcher, so now we were faced with the question of if our Brita water filtering pitcher could filter out the stentch and contamination of water that dead squirrels had been decomposing in. Here is the photo documentation of us taking "The Brita Challenge". 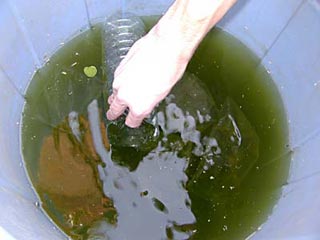 Collecting water, to be taken inside to our Brita pitcher. 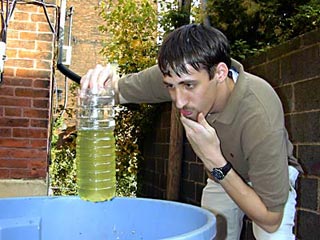 Inspecting the stank water, having second thoughts.
The water had turned a murky green color from the rotting squirrel carcasses. The squirrels had probably lost control of their bodily functions and expelled their diet of local city garbage into the water as well. 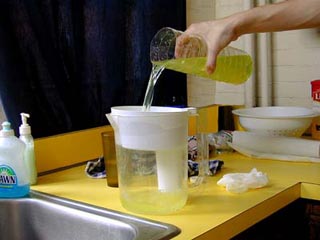 As I fill the top half, water passes through the filter. 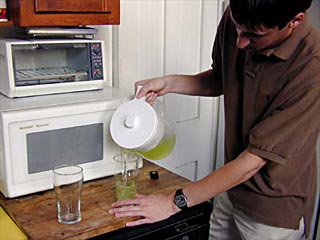 The stagnant water is filtered and ready for consumption. 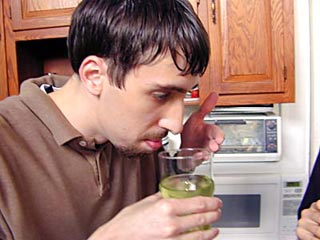 I smell the water to see if I can detect the scent of rotting squirrels. 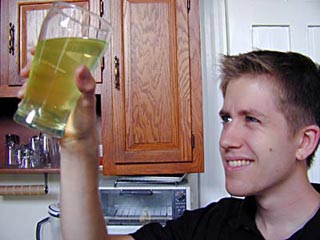 Andy gives a visual inspection for squirrel hair or other debris. 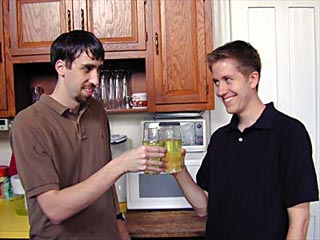 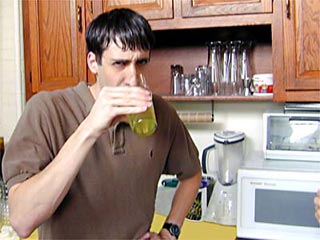 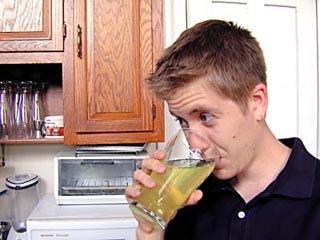 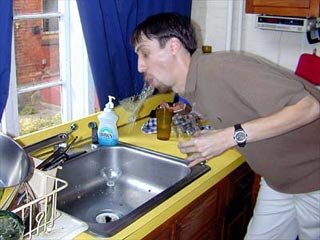 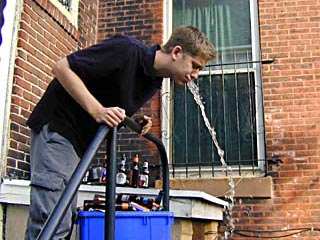