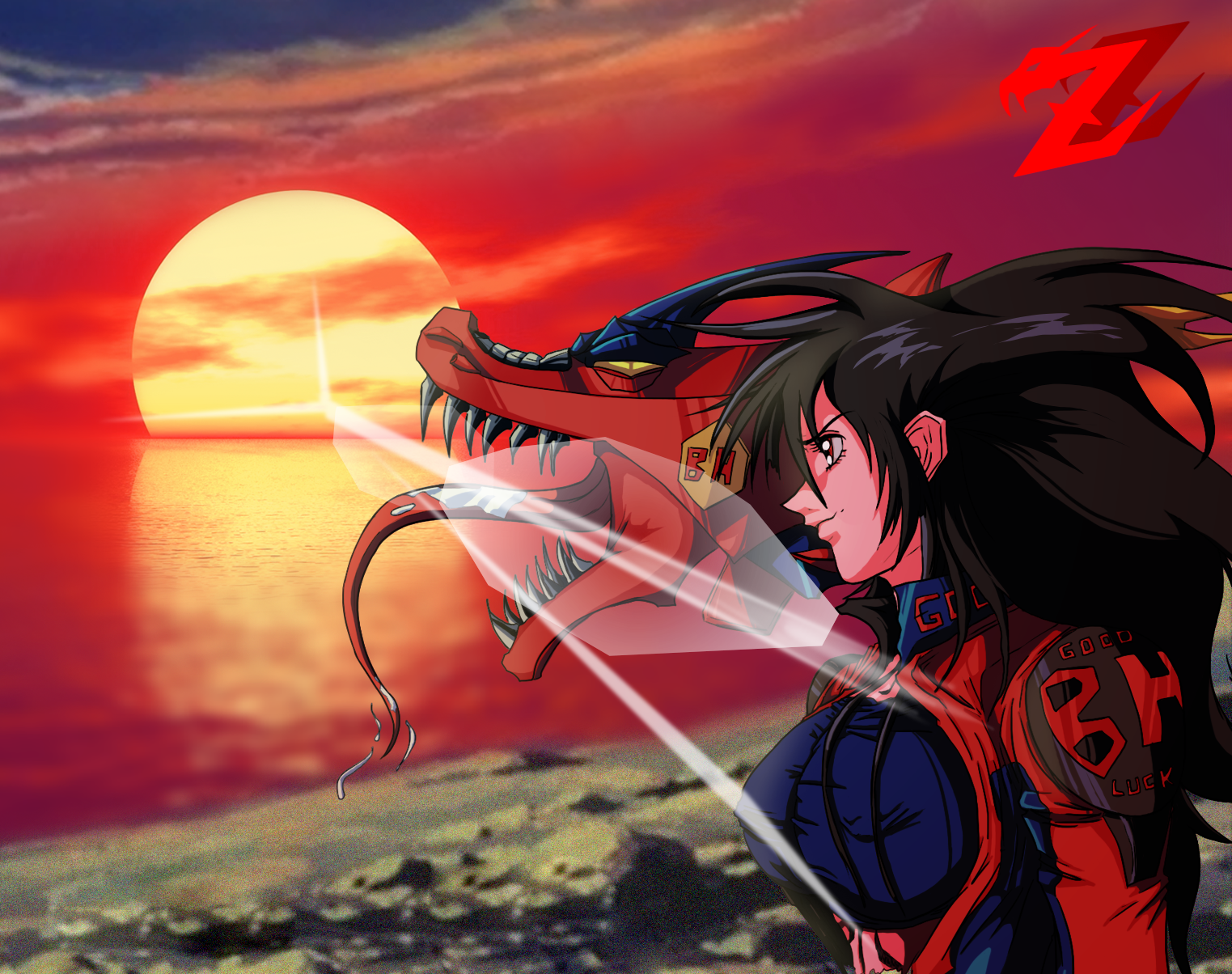 Back with another piece I wanted to dive in for quite a long time. I've been wanting to get into Machine Robo and Gobots for quite a while and considering how unsung Bandai's property here is compared to SRW, Kamen Rider, Ultraman, Sentai even and even Gundam, I feel MR and Gobots deserves a little more love than what ppl give it.

It's got quite a number of things that can be expanded upon and personally, a lot of things can be just as amazing as the lore of TF G1 even. This coming from a TF fan.

Speaking of which, here's Ryuga Shinohara - my OC whom happens to be a Machine Man, a type of Machine Robo which is a combo of organic man (woman in this case) and machine combining into one fused warrior. The term taken from Australian term of Machine Robo/Gobots which was Machine Men.

Which is ironic considering in different parts of the world, namely the Netherlands, Shotaro Ishinomori's Nebula Mask Machine Men was inducted into the Machine Robo line under the line 'Robo Machine':

So yeah, back to Ryuga...she's fused with an unknown dragon-type robot god by the name of Dragonzilla and it has something to do with the fighting style of Dragon King Fist style/Ryu-Oh ken style. Sounds familiar? This was because I took some inspiration from one of the first enemies in Revenge of Cronos named Mizuchi. He's got something to do with the involvement of the Ryu-Oh Ken style later on.

Ryuga is quite egotistical, vain and absolutely thinks herself as valuable because she's an actress first, fighter later. Though she is not without merit, she's looking out for her friends, being the only family to her younger brother who happens to be the main character (she's the foil), a fighter with precise martial arts abilities, a ninja and an adept magic user.

When she combines with Dragonzilla, her armor defense is a lot more compared to her normal body ability and she can grow more times her normal size until 50m height.

What kind of powers does Dragonzilla hold and how did Ryuga ended up on planet B-1 before meeting up with the Good Luck kids and became the diva of Crystal City?