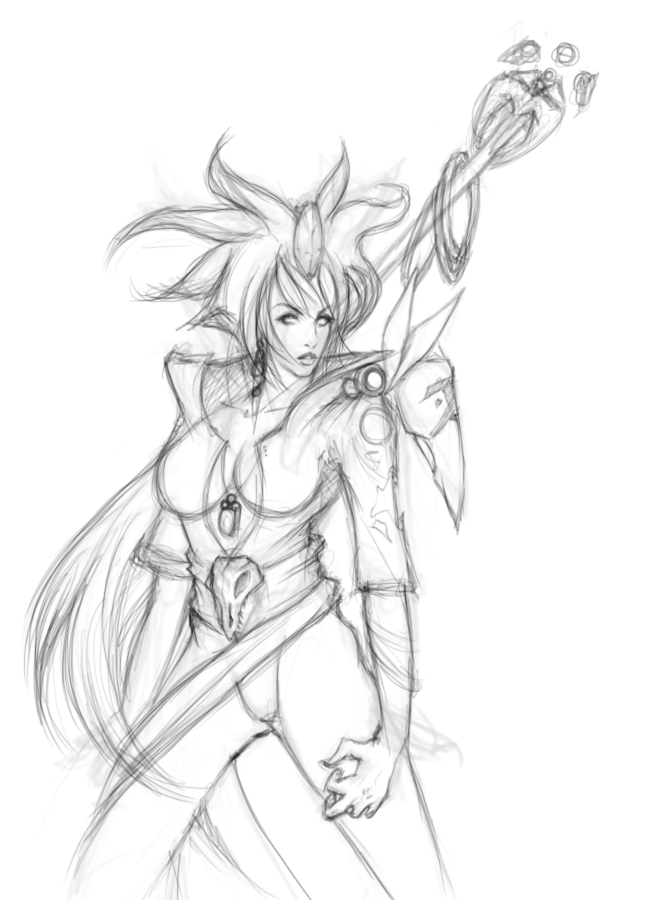 I tried coloring this but it turned out horrible. Here is the linework which didn't take very long. I should probably study some mythological tools/weapons/clothing next time i make an attempt at this.

Good line art,,, Sometimes I start something and like the sketch better than the finished product,,, You were wise to stop.

We really need more of this!

I love how realistic the face is! And it's in proportion too (: xx

first of all i'd like to applaud your hand! i have a terrible time with hands and it doesnt appear that you erased a bunch, so bravo.

'finale' said something about the breasts being too big... that's horse puckey! they can never be too big! if anything they should be bigger! she appears to be a mage of some sort and they always have massive *ahem* assets.. that being said i have some thoughts. i see that her shoulder is behind the 'collar' for lack of better words. but the way you drew it makes her torso appear to be massive and slightly pushed the wrong way. also the pelvic bone appears to be a bit wonky. your head to body ratio seems pretty accurate at about 7.5 which means you naturally draw long leggy people.

everything is pretty basic.
except for the hand
i love the emotions that can be shown through the hands.