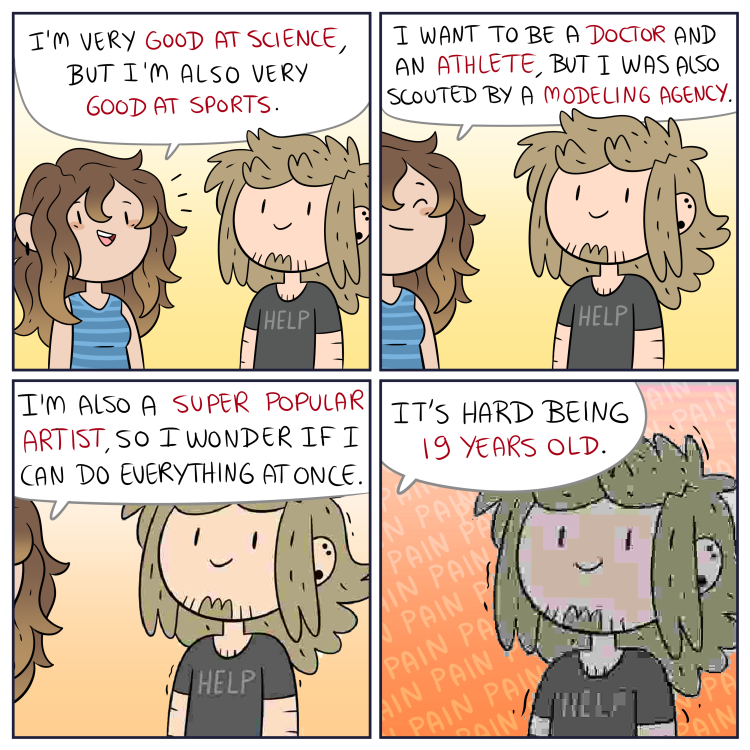 Pick a lane for the love of

Some of y'all don't understand how it feels to be an old incompetent lazy fool, and it shows.

Dude, you ain't incompetent, or lazy, or a fool. Don't be deceived by anyone who seems to be good at absolutely everything. They're most likely just competent at a lot of things but nowhere near professional level for at least most of them, and because of the time and energy they're sacrificing for each of the other things they try to do at the same time, they won't reach the same level as those who are dedicating most of their time to the one thing that matters most to them.

Well-drawn comic as always, by the way. I like the use of the increasingly low quality for comedic and metaphoric effect. You really do think creatively and outside the box when making these, and that's honestly awesome.

I haven't written any music since last October.
I understand.