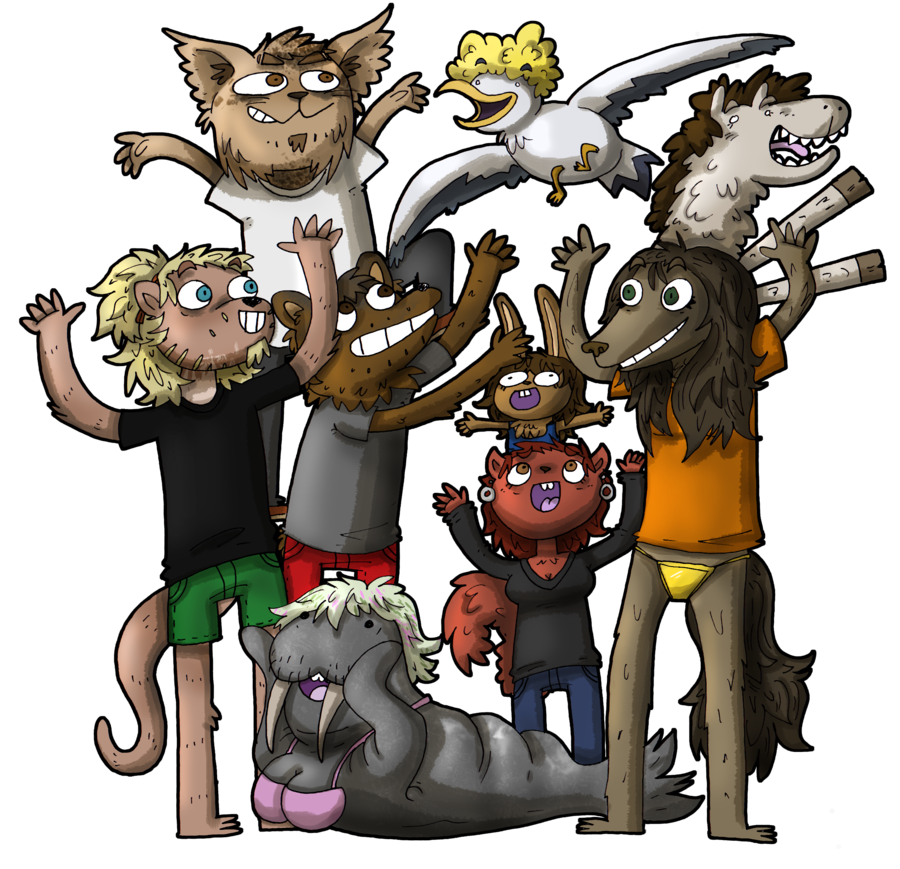 Mia was drawing our Skype/Hangout group as furries, so I wanted to draw everyone too. We're not furries, but 'the hell with that! 8D Hahaha!

Jesus....anything but furries. Furries have to be my worst enemy of all. Let me explain: in the middle of december i went to alaska for vacation, it was quite fun for a while, until the second week, i was fishing outside a cabin smack-dab in the woods, i came back in the house with my dog when suddenly, i heard something a little terrifying, scratching.....In the walls, the power went out, it was dark, five minutes later my dog was barking for about 3 minutes, he later jumped through the goddamn window.....I chased after him, terrified for what might happen to him, as i followed his blood i found something horrific.....My dog was ripped in half, guts, still connected to the body, as i vomited, i saw something, something that i did not expect to see, furries, i ran as far away as humanly possible, got back in my car and drove straight off.....That, is why i hate furries.