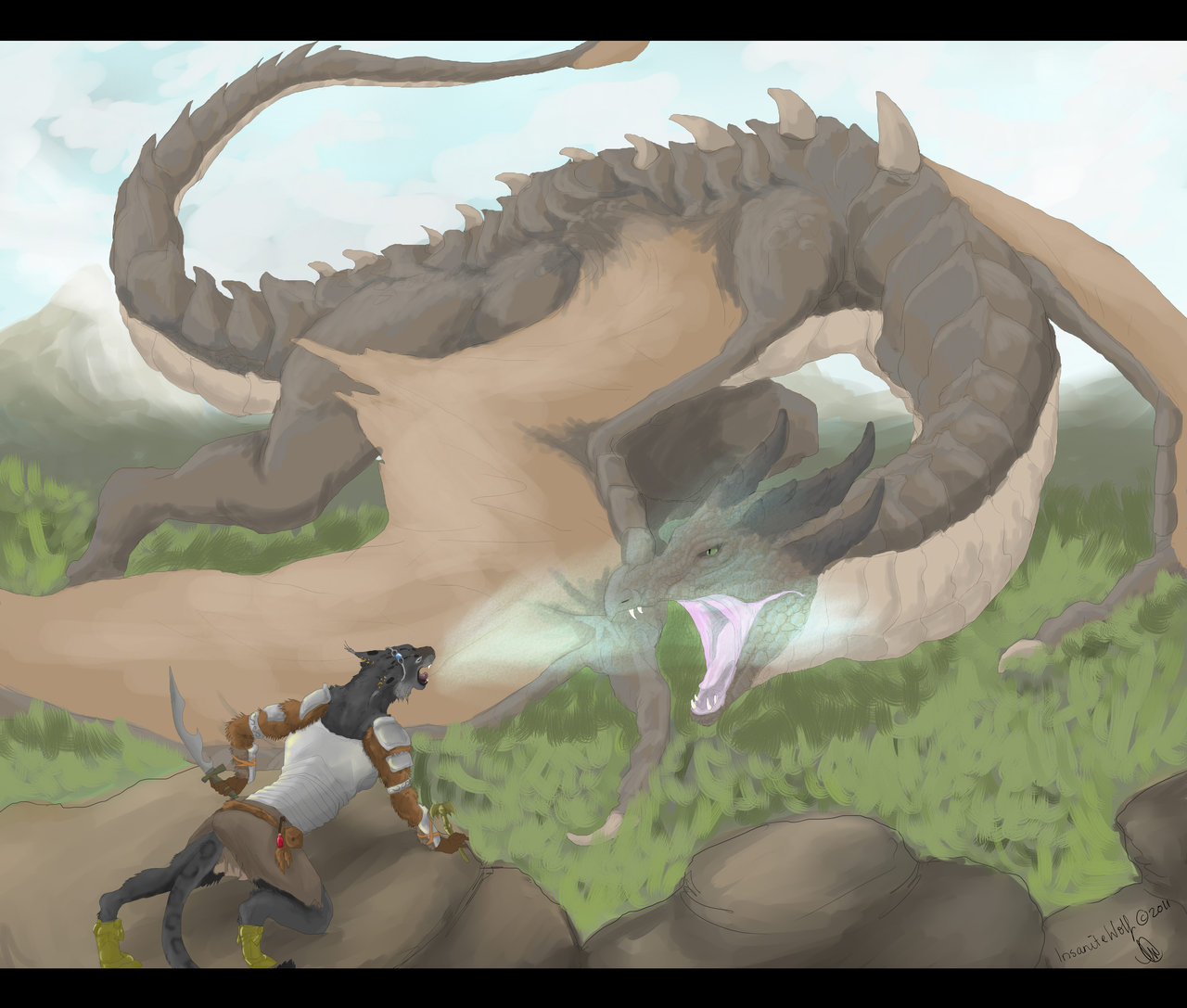 My Khajiit Zeroph, drawn in November 2011, last year. I have an odd habit of making male Khajiit characters since Morrowind, I'm not quite sure why. I am a cat fanatic, it probably explains why alone.

I am the original artist of this, my screen names are under InsaniteWolf, Zalariah and Kaos. My art will contain my DeviantART username signatures, there are links to my originals in my DeviantART gallery for any confusion.

its a rlly cool picture but u spelled dovahkiin wrong lol

This is a pretty ambitious picture. A lot going on. Its a good, dynamic scene, though the angle and perspective you've chosen doesn't do the action justice, in my opinion. But you drew it as you wanted, so I won't hold that against you. The pastel colors, though, detract a lot from the depth of the picture. Try to avoid using all pastels, as that kind of creates a flat, matte effect. Since there is kind of like an diagonal isometric perspective going on here, the last thing you want is for everything to appear flat. Increasing the contrast, adding more true colors (pure colors) that aren't diluted with white, and using a harder brush on the foreground objects will help separate it from the background.

Thanks for the constructive criticism, I do feel I let myself down in many aspects on this piece. I can see many trial and errors here, I was still learning to use Paint Tool SAI at the time and tried to develop an easy, loose drawing method. I rushed this image from memory and I didn't pay enough attention to detail. I will eventually attempt another version of this piece of work one day, I'll keep what you've said in mind because I feel the pose of the Khajiit does not do this justice either, I was pleased with the stance of the dragon however, but as you said I can see where the perspective is very off, I still have much to learn with perspective and angles.

I appreciate the feedback though, it's always helpful and not often you get such constructive criticism.