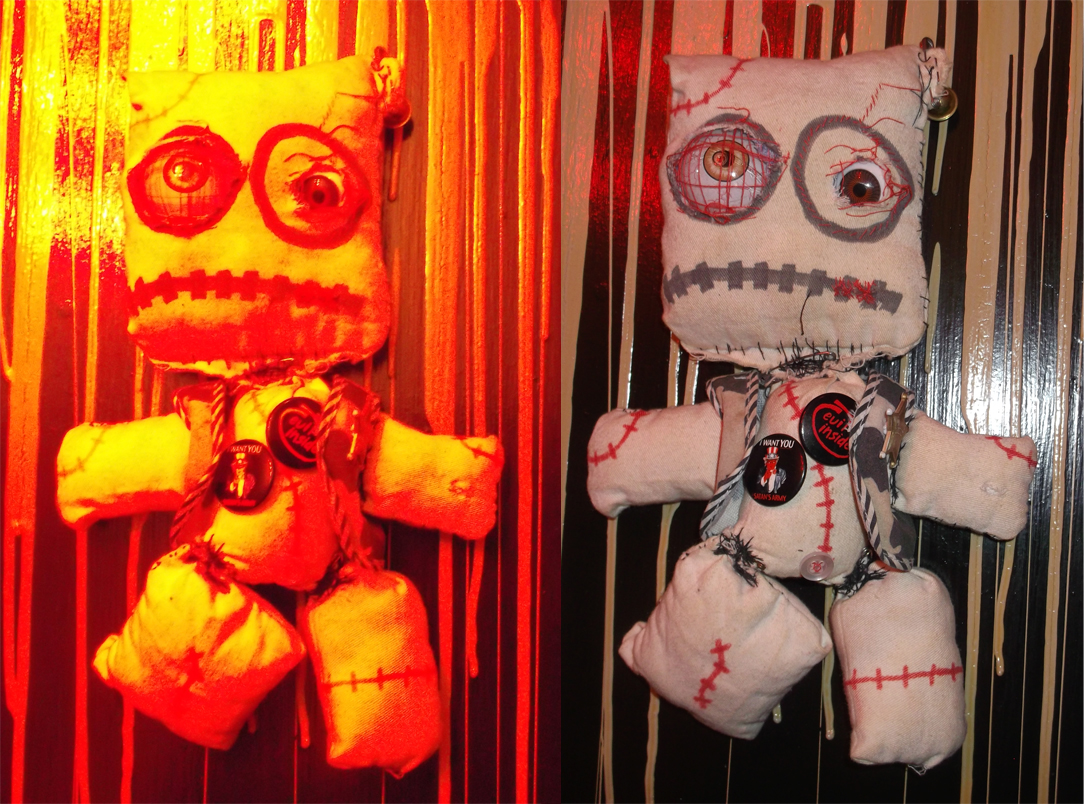 Wow, you should design Halloween costumes...

It looks like there's a fair amount of laziness here. I really like your work around the eyes (the right eye reminds me of the album cover for I by Meshuggah) but I feel like there's a better way to do almost everything that you did do.

First off, if your aim was just to make this odd and disturbing, I would have done away with the string around the eye and opted for some copper wire instead. The other eye could probably use some more smudging around the border that runs around it, maybe stain it with something gray to make it less defined?

What really bothers me though is that you just stuck some string in different parts of the body to make stitches. Did it never occur to you to actually rip it open and stitch it back together for a more realistic effect? Would have been neat to see some kind of gray stuffing bulging out of the sides. You also could have soaked the edges of the tears in something to make them pop out more.

The Frankenstein sackboy is an interesting idea, execution seems mediocre to me.

How long have you made art like his for?

it started getting weird about the age of 11