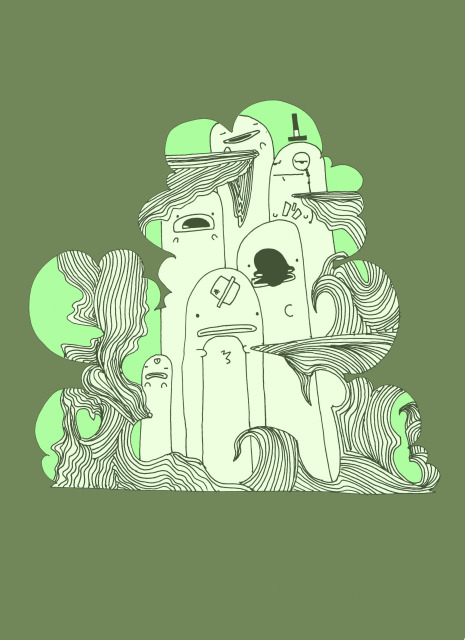 Under Intrigue (back side)

However, this isn't as thought provoking as the other shirt design you did, the submission after this. Other than that, same thoughts on this as I had for the other design... about the style.

I think that maybe adding same pale colors to the charaters would make them seem more different than eachother... I really dont know... Just throwin something out. I think the charaters are supposed to be opposite... But I didn't really recognize it all untill I looked at it more than I should have. Its on a shirt and people wont really stare.

all in all I like it ;) Its cool in its own weird way.

btw, now I know what company kind of company that other shirt was for. xD I thought it might have been come other busniess thats trying awkwardly to be hip or something.