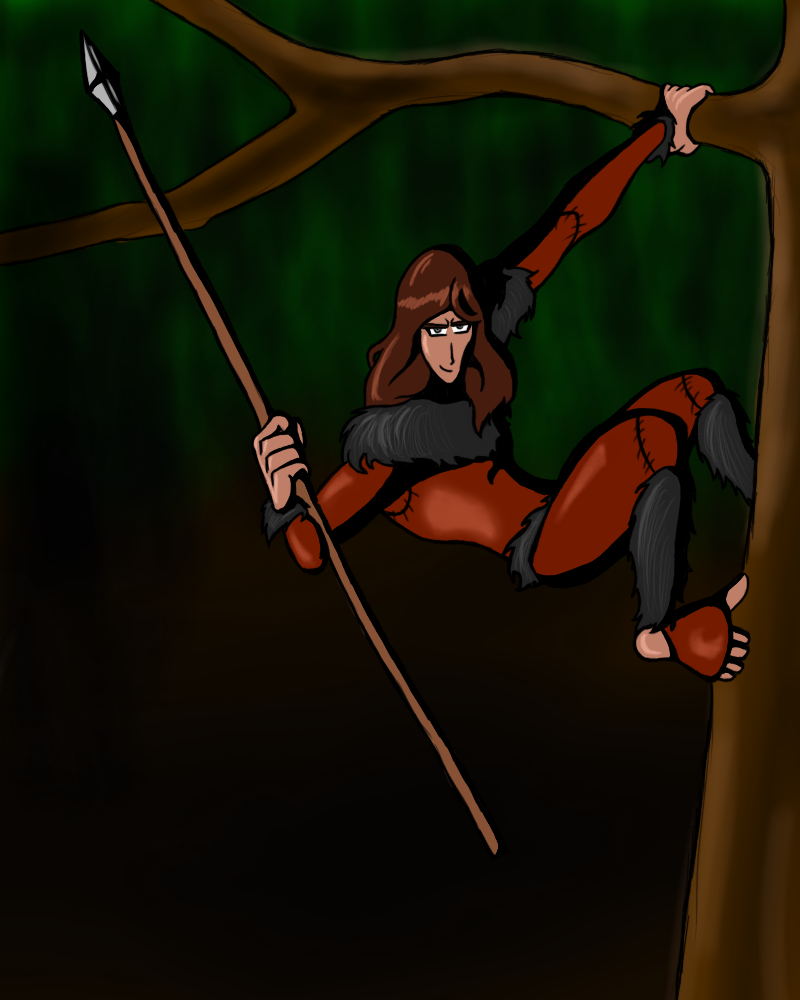 Weapons: Spear 1d8
Armor: Hide
Equipment:holy symbol, whetstone, waterskin, a set of dice, Trinket (A small idol depicting a nightmarish creature that gives you unsettling dreams when you sleep near it)

Personality traits:
Survival of the fittest, if you always protect the weak they'll never become strong.
Tries to make allies of enemies. Why fight each other when we share enemies?

Ideal: Freedom, no sense in following the laws of men, when they are swallowed by the law of the jungle.

Bond: Still tries to live of to the expectations of his mentor, even if the standards are impossible.

Flaw: Overconfident in his skills to the point where he openly mocks his foes.

Born to a prostitute and lucky to have lived at all, he lived in a bandit camp surrounded by thieves and cutthroats. At many points during his childhood he was treated like a punching bag physically and mentally. Beatings were weekly and mocking was daily, but it taught him all he needed to know about bandits and how to survive them. After his mother died it only got worse, with many of the bandits opting for him to take her place, but months later the camp was raided by soldiers killing bandits indiscriminately.
He was found in the aftermath and shown mercy by a ranger. She took him under her wing teaching him hunting, gathering, and the typical survival skills. The ranger was strict and some might say cruel at times, but never once did she abandon him. She was both his closest friend and greatest enemy when she wanted to be. Through years of her teachings, he endured, living in the wilds among the wolves, bears, and kobolds, growing with all she taught him. Eventually she said she'd taught him all she could, before she was called away by other rangers, and he never saw her again. For the time then, he'd stay out of the cities where he would be stumbled upon by adventurers.

At least it's not the Ginyu pose. XD