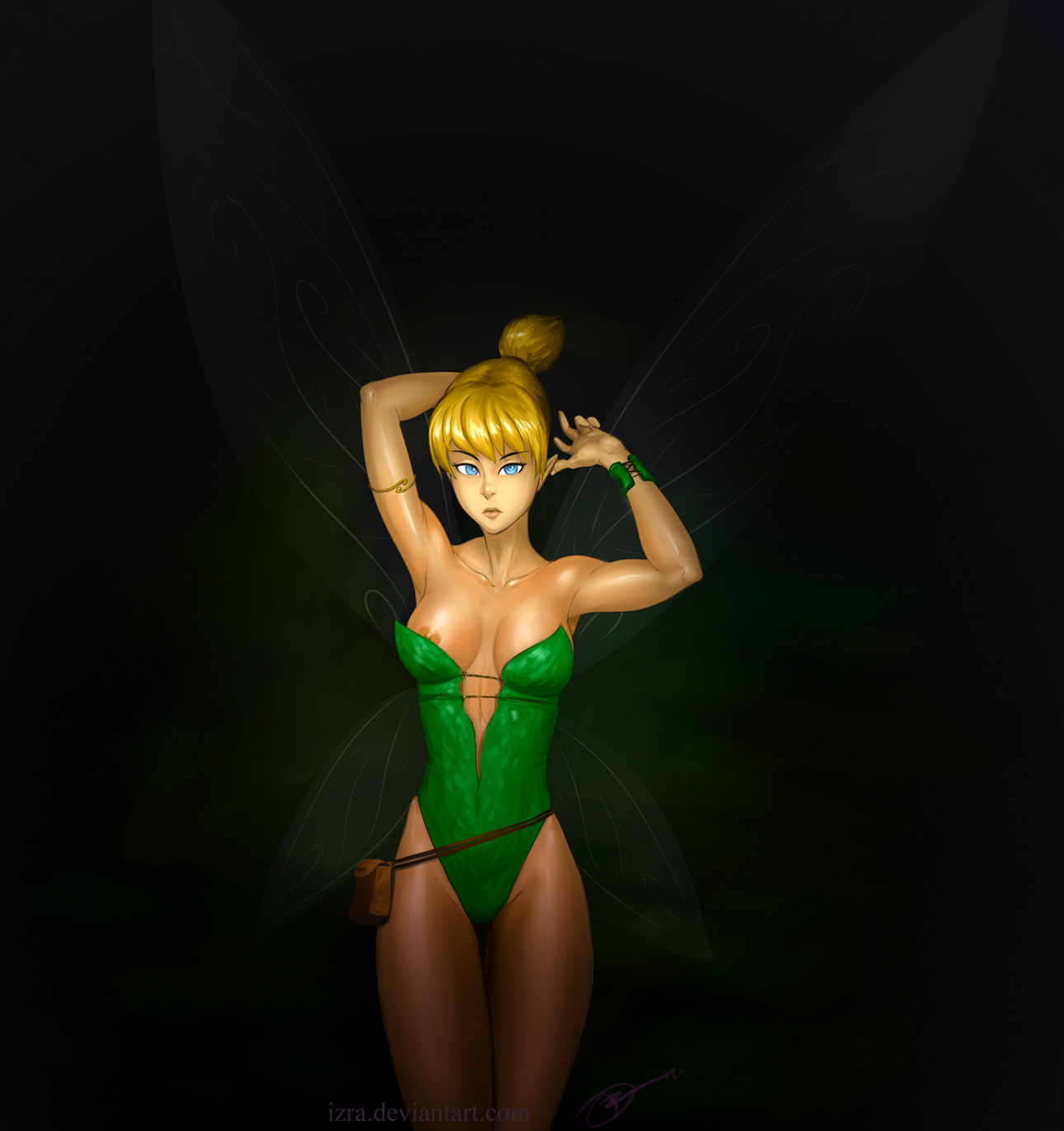 Disney explained it as a "wardrobe malfunction".

This is really well done. The toning on the skin, the design of her wings and clothing, her hair and face, and I really like that hand. All of this is great, in my opinion, with one exception. I don't like the nip slip. The pose has enough appeal that it would have been sexy without showing off what's underneath. The actual appearance of the nipple tips the scales from sexy to slutty (I'm not into easy girls, so it kills a lot of the sex appeal for me). Also, since it's just barely out there and she's not reacting to it at all it really does seem unintentional. Like maybe she's just too derpy to pay attention to what's going on. Sexy in the same way a plumber's ass crack is. I think if you really felt you NEEDED the nudity it would have been better to put her in some pose where her whole rack was visible and she was cradling them, or offering a more inviting smile, or even making a "whoops!" face. This here just looks like they called Tink in for a photo shoot, noticed her boob was visible in a blonde moment but didn't tell her, and had a good laugh later at her expense.

Like I said, artistically I think this is awesome. It's just that one... Design choice.

Quite an improvement in the eyes of all who catch a lucky, lusty glance upon her supple bodice.
Sorry, poet moment.
Looks friggin sexy.

See, now I'd happily live forever if I got to have Tinkerbell as my companion.

I too noticed the eyes, but you know she could be slightly squinting?

Met a girl once who had this type of perma one eye squint. It made her look somewhat quizzical.

She was so fit, I wish I could have married her :<

I love you my squint eyed Princess (apologies for possible racism).

Beautiful. The only thing I would say is that the eyes are two different sizes which makes the face look a bit off. Other than that, I'd like to see more of Tink.