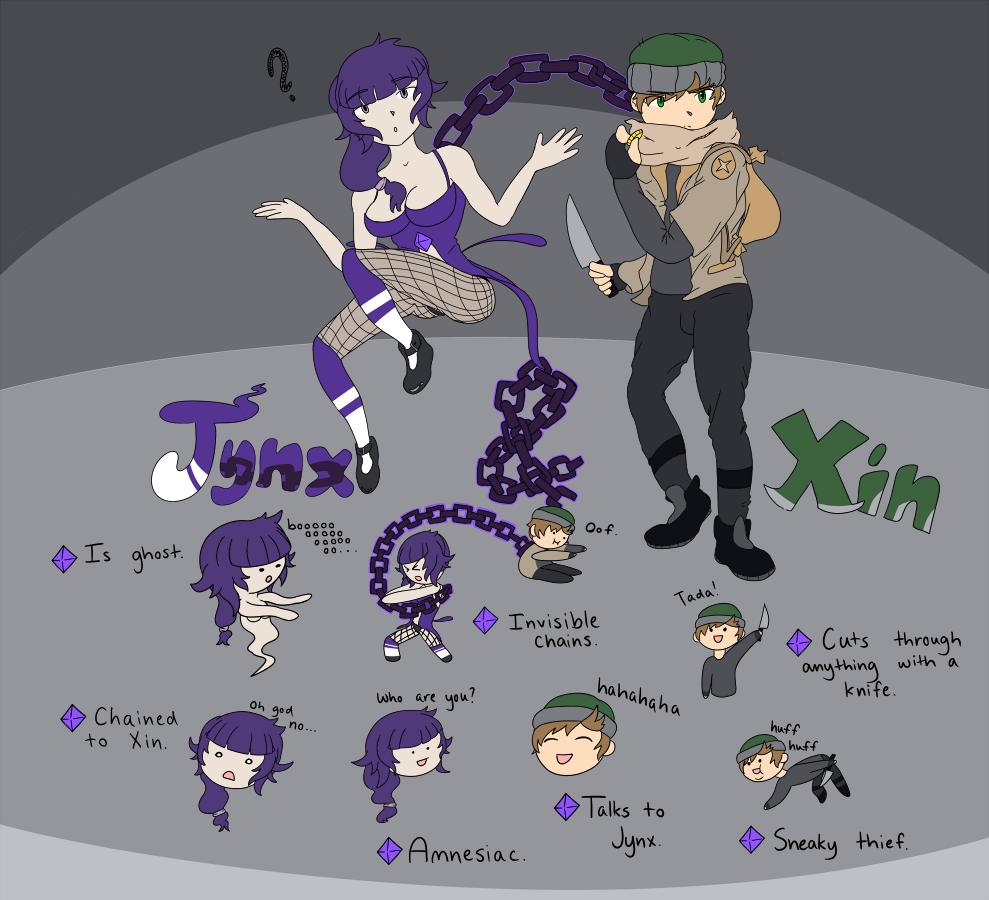 An open invitation to fight your OC/Avatar?
Well I guess at the very least I should let you choose the fight...
Whack-A-Mole Challenge? Or Bare-Knuckle-Brawl outside the local 7-11?

For real though, nice work!
Disregarding the potato versions of you two (which are obviously meant to be silly :P), there are a couple of anatomical mistakes that could easily be fixed in later renditions of your characters.

Xin's legs a just a little bit too short in regards to his torso, and Jinx's left lower leg is also a wee bit too short. If you try and fold your leg into your body, you'll find that the thigh and the shin are approximately the same length not including the feet. They fold like an army knife into each other, and the heel will reach the glutes while the base of the foot and the toes will extend past the body if you were to sit on your legs.

I can see based on some other jokes you've drawn and things you've written in descriptions that you are practicing anatomy, so it'll all be a matter of practice my friend. :)

Thank you for the review Syrupmasterz!!!!

Yeah, I really enjoy combating with other OCs in comics.

Could you look at the latest reference sheet I just uploaded of Xin and tell me if I've gotten any better since drawing this one ??