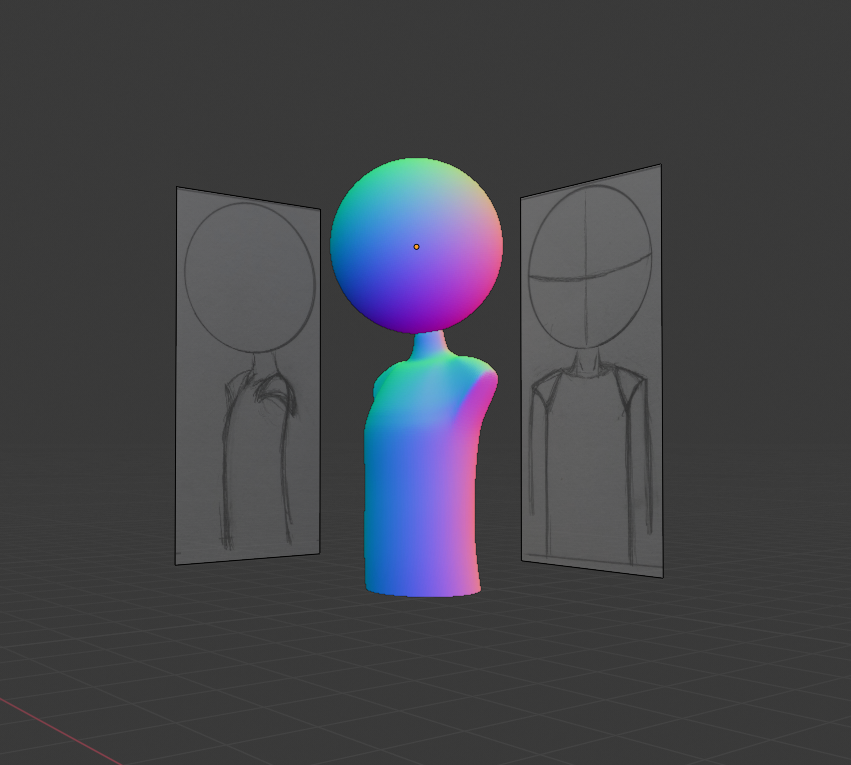 A torso I started work on in blender a bit ago. I'll have to come back to modeling this thing once I figure out how legs and rigging work. 3D animation sounds cool cause I wouldn't have to schedule for filming with a camera which I rarely do anyway.

Why does blender use squares instead of polygons? Every wireframe I've ever seen usually looks like triangles.

I'm not sure what to post here on NG yet. I have art I've made in the past but I've never known where to post it so I'll try here. I don't produce many images that could be called straight artwork anyway, and some seem too minimalist to seem too impressive. I'm mostly a 'film artist' at this point in my career and some of my works are YTPs that I don't think I can show here.