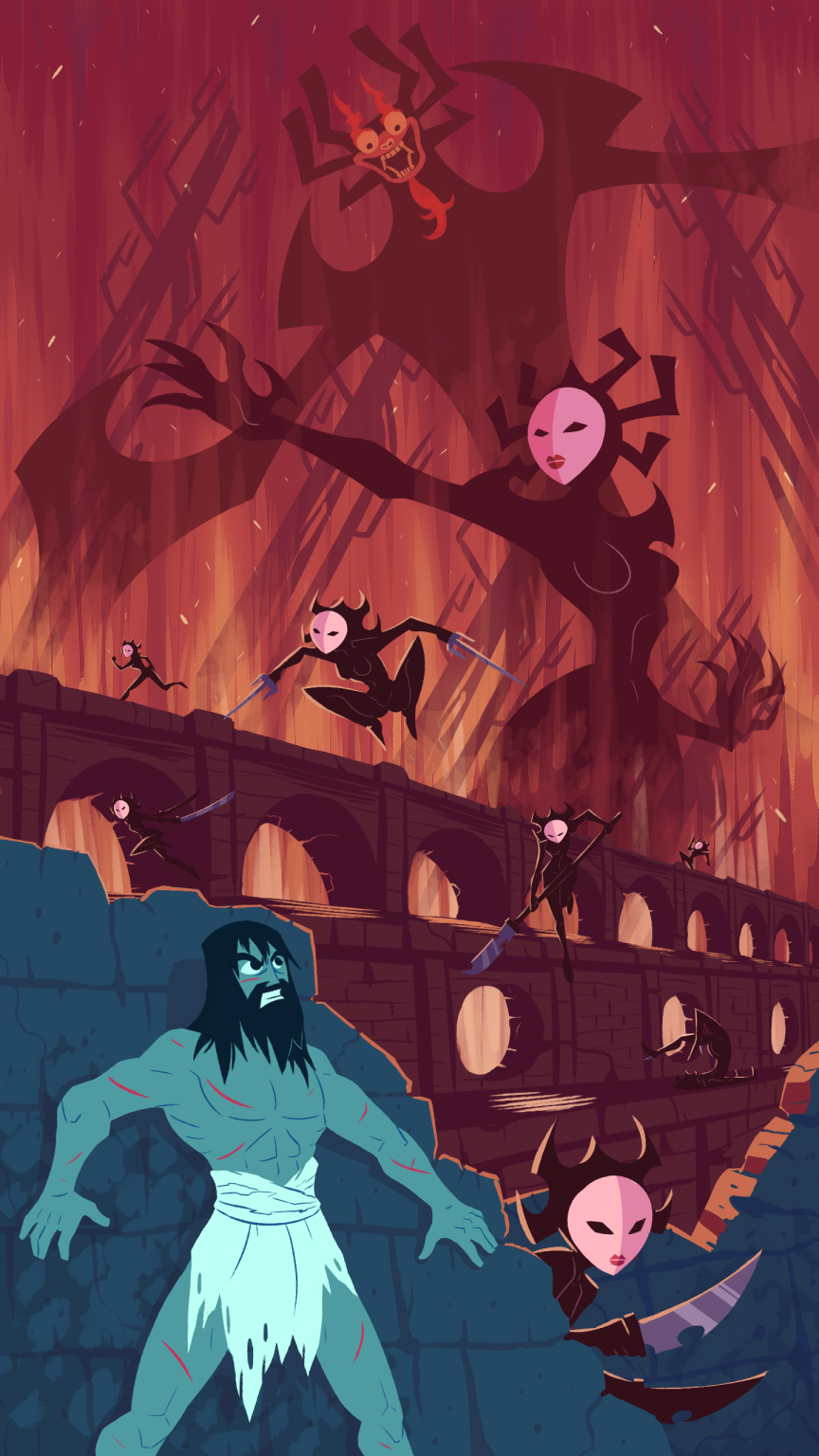 you could put the toy story meme, or the goku one,

Absolutely outstanding with the emotional visuals on the colours. The blue shows Jack feeling afraid that he's about to get caught contrasting the red showing the Daughters of Aku raging with terror and dangerous.

*claps* I thought this was a reposted promo for the show, that’s how good this is.

This is fan art of high quality, attempting to make a high detail version of the same art and design from the show with familiar characters at a familiar location. Not surprisingly, this is clearly done by a devoted fan, who clearly sought to make the scene similar to the time when the location was seen in the TV show. One of the assassins is purposely left dead face down, much alike how she was dead in the show and her mask removed by jack... and jack is also shown heavily wounded and in rags, the state he was at this point. While this isn't an actual scene from the show, you could mistake it as such. That is how uniquely well done this is.

What worse, the part when samurai Jack have lost his sword. Or when he's hunted down by Aku worshipping female assassins. What will happen next, live or die?

Oh and by the way like the art style, it's super awesome.