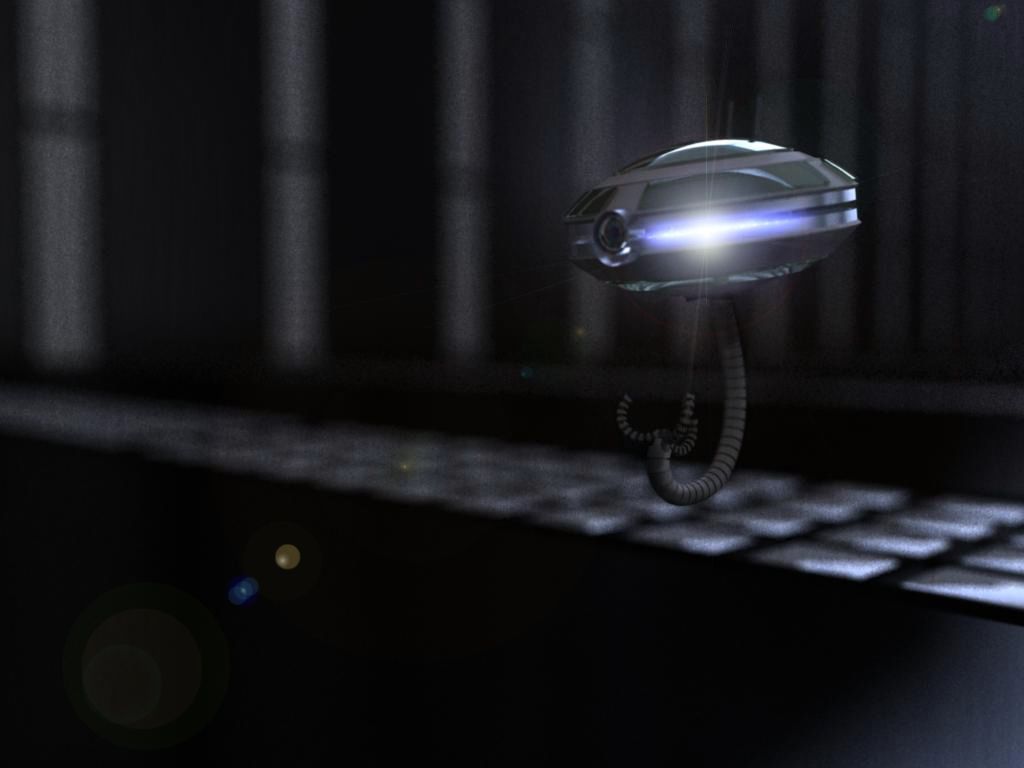 This is the first 3D image I've seen on NG where the graininess reminds me explicitly of American film. It wouldn't be out of place as a screen-shot of a 21st century sci-fi flick. The design of the robot's "head" is realistically bulky, but is still flashy and cool. The background, though blurry, gives the right context. I give both of those elements 10/10.

That said, the appendage is not consistent with the rest of the robot. The structural style, the non-reflective surfaces, and the lack of mechanical details on the grasper-thing don't match with the "primary" disc structure. It frankly looks like Geordi LaForge adapted the "Batteries Not Included" robots, and then attached a rubber garden hose before sending it to the Death Star. If you had added the Terminator's arm or even didn't include an arm at all, my rating would have been 10/10 instead of 9/10.

A final thought: do the lens flare first, *then* add the graininess. And do more work in this sci-fi vein, I'm really pleased with it!

Thanks for the review, as always.

This is an old work I found in my pc, It is incomplete, I never finish the appendage , it has the default material...If I find the project IÂ´ll finish it up.