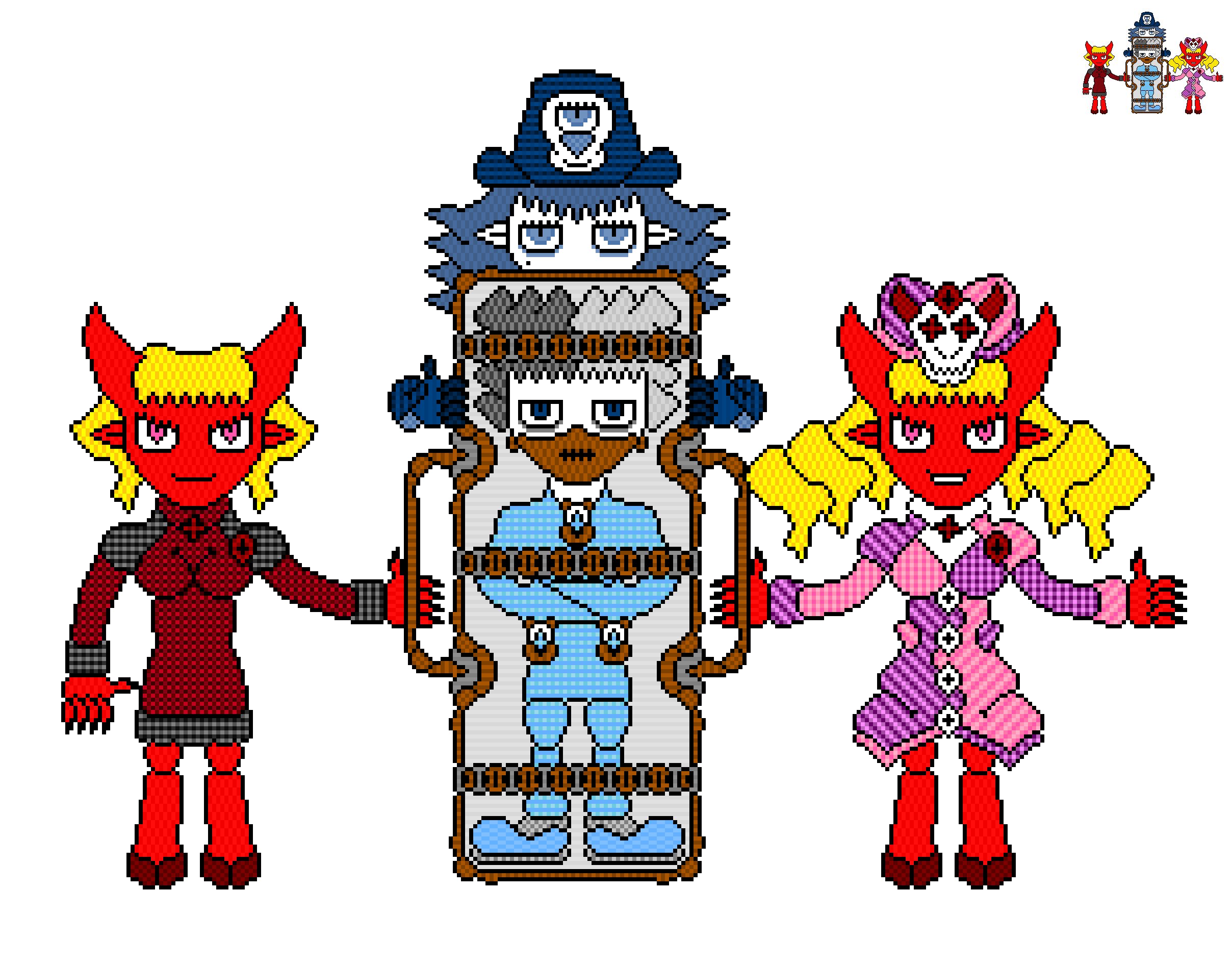 The first line is sorry for my bad grammar text I hope you can read what I wrote.

These characters are from the story Disciple (Devourer of Demons)

The main character is a student of Valera, who he dies in a school fight!

And he ends up in a hell of a mental hospital?

He will be mocked by the main villains of the Demoness these sisters of Lyudmila!

Our hero Valera he tried to escape from the infernal asylum,

but he didn't succeed he was often caught,

he can't even fight them they're stronger than him!

Valera realized that this was the end his soul would suffer forever!

And he came the Count Devourer of Demons!

He makes Valera become his Disciples!

But all so sorry for the bad one I hope you understand the essence?

Next week there will be a separate version of the Art^ ^)