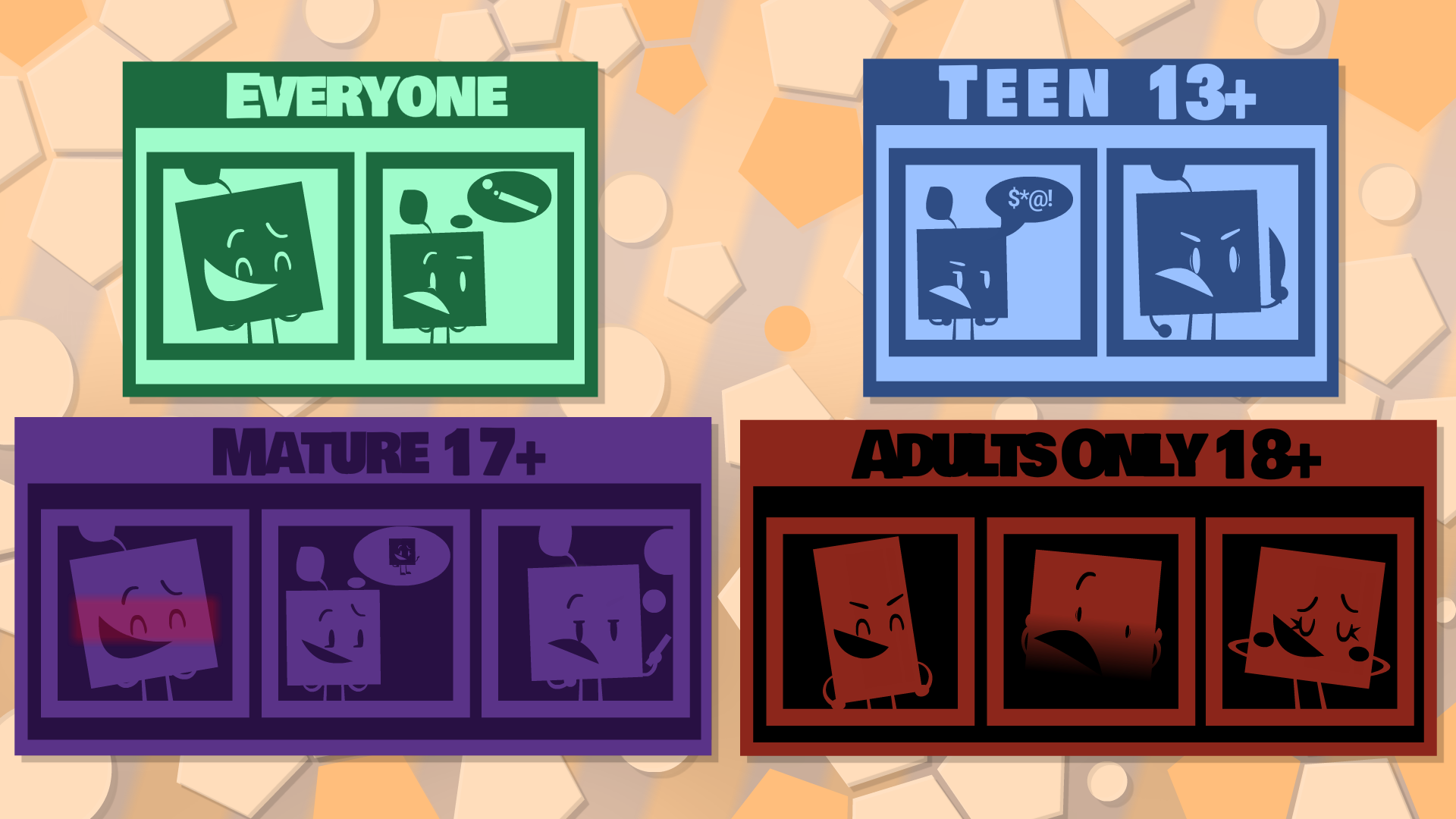 If you remember back in the day, maybe in 1998 or earlier, the rating signs on the back of the game covers looked something liked this; I saw the back of the 'Leisure Suit Larry's Casino' game cover, and it looked like that. No, I do not have that game, and no, I have never in my life played it and probably never will (no offense to the creators and people who helped to make that game). At the top, you would have the rating name, and the bottom would be the content descriptors, except in my version the descriptors are the icons I made earlier. It looks very interesting to me, honestly.

Also, because you see the comic mischief icon in the mature-rate sign, you may be wondering "how can there be innocuous/suggestive humor (comic mischief) in a mature-rated game?!" Well, if you know 'South Park' for the Game Boy Advance, you will see that the game is rated mature, and there is 'comic mischief' in the descriptors list. Comic mischief, as you have seen before, doesn't seem so vulgar, right? Well, it depends on the overall age rating of the game/title; I watched Daria's Inferno, which was rated teen on account of comic mischief, and that comic mischief was rather uncouth, but not enough to be considered as crude humor, but that tells me that mature-rated comic mischief has to be very crude in some way.

If you need a refresher on what these content descriptor icons mean, I got you! ;)

With all of that being said, I hope you like this illustration! :)