For the month of February we have disabled ads on all E-M content. We need 222 people to reach our goal of 3,100 active supporters. If we hit that, we'll continue with a new goal in March! 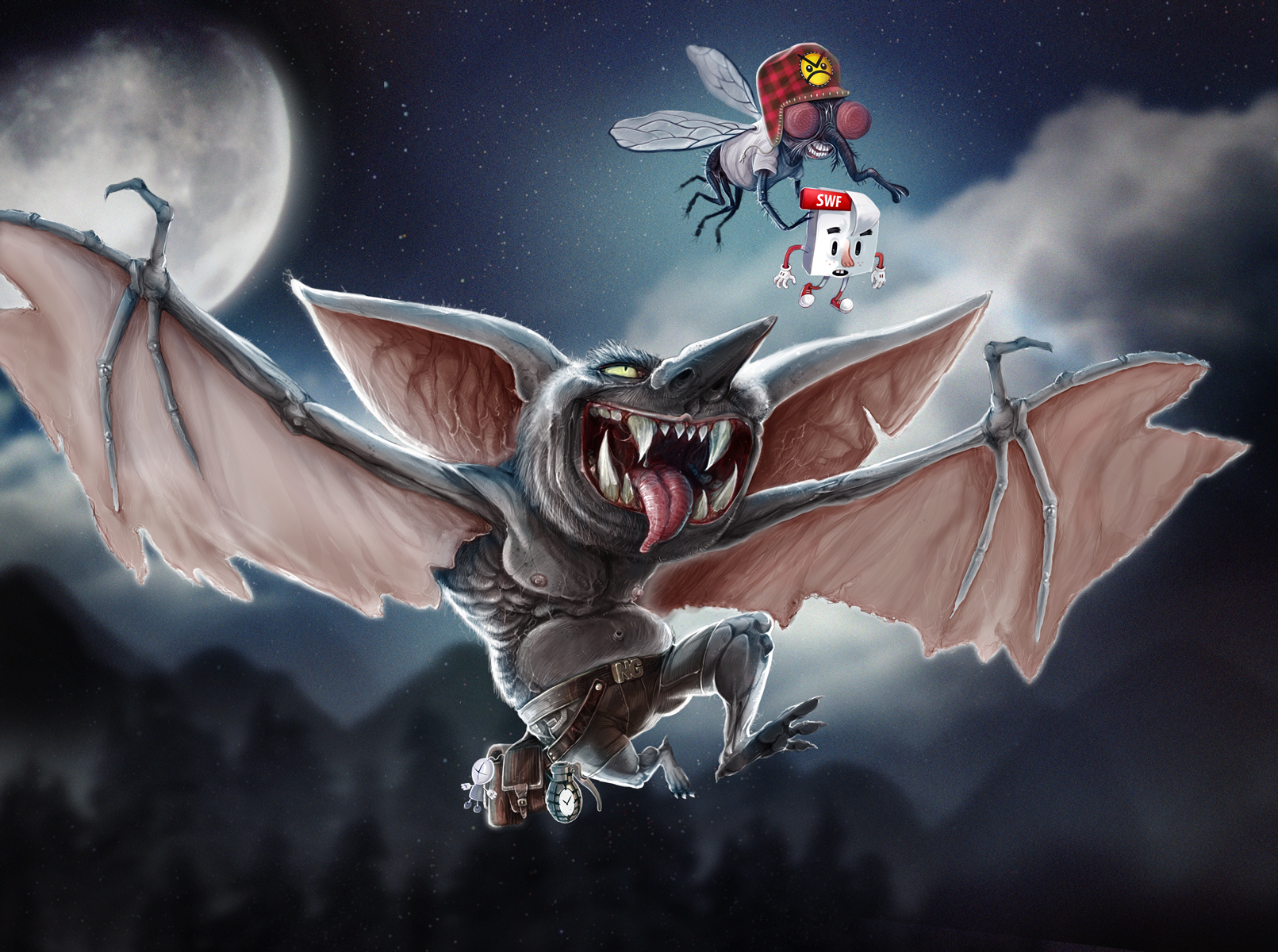 My submission for the Newgrounds calendar 2012.

Captain Chiroptera is one of the most dangerous bountyhunters in the newgrounds universe. Preferably he likes to search and kill crappy files. Not even Gary the Fly can fool the Captain.

Oh, at first I thought the giant fly was supposed to be the title character. I guess it wouldn't make much sense if the title character wasn't the main focus of the picture. What I really liked about this was how good the shading and lines were. I'm amazed this doesn't have a higher rating. At least people like Tom Fulp acknowledge how great it is. He mostly looks like a bat, but seems to have some gremlin tones to him.

Oh, and happy first day of Summer! It's just something I found out and you're the first person whose artwork I've reviewed that I've remembered it. I like how his teeth are so jagged and just leaping out at his prey. It's been awhile since I've seen one of those bad files.

all i can think of is wing-nut and screw loose from tmnt.

I would seriously buy the Callendar just for this picture. I've always loved how bat-wings just look like long, webbed, skeletal arms. That's kinda what they are though, right?

I loved the itsy-bitsy details, the NG buckle and the angry faic cap. Good job! A bit of sub-surface scattering on the thin leathery wings and ear could make it better, cause right now you only have a glow where there should be some transparancy of skin against the light. But great job man, keep on rockin!