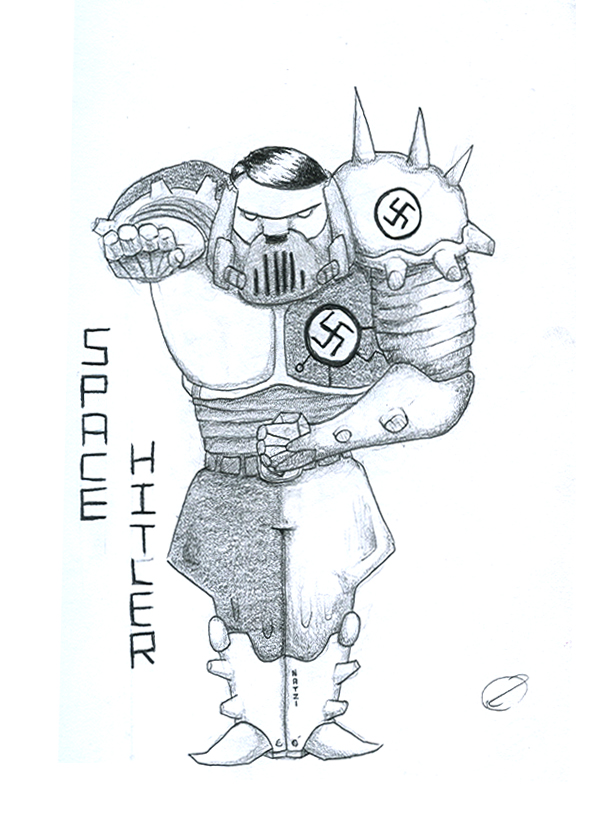 EDIT:
Forgot to mention, if anyone finds this offensive ill have you know im jewish :)

Space Hitler VS. the Alien.That whould be the best.

NOOOOO HIDE DUCK DO THE WORM BECAUSE ITS SPACE HITLER!!!!

I love your style, keep up the good work :D

If anyone really takes even one point off of this brilliance because it's Hitler, or shows the symbol the Nazi party stole and used in their campaign, they are simply too weak inside, or trying too hard to be politically correct.

Art is art, my friends, and even if it's god damn Hitler in a space suit, appreciate the skill. Plus, it's OBVIOUSLY comedy. Taking something essentially offensive, and making fun of it is a trademark of comedy. This piece of art screams of comedy. It's a freakin' space Hitler, guys!

Just laugh and ten and move on!

And even above all of that, im freaking jewish!!