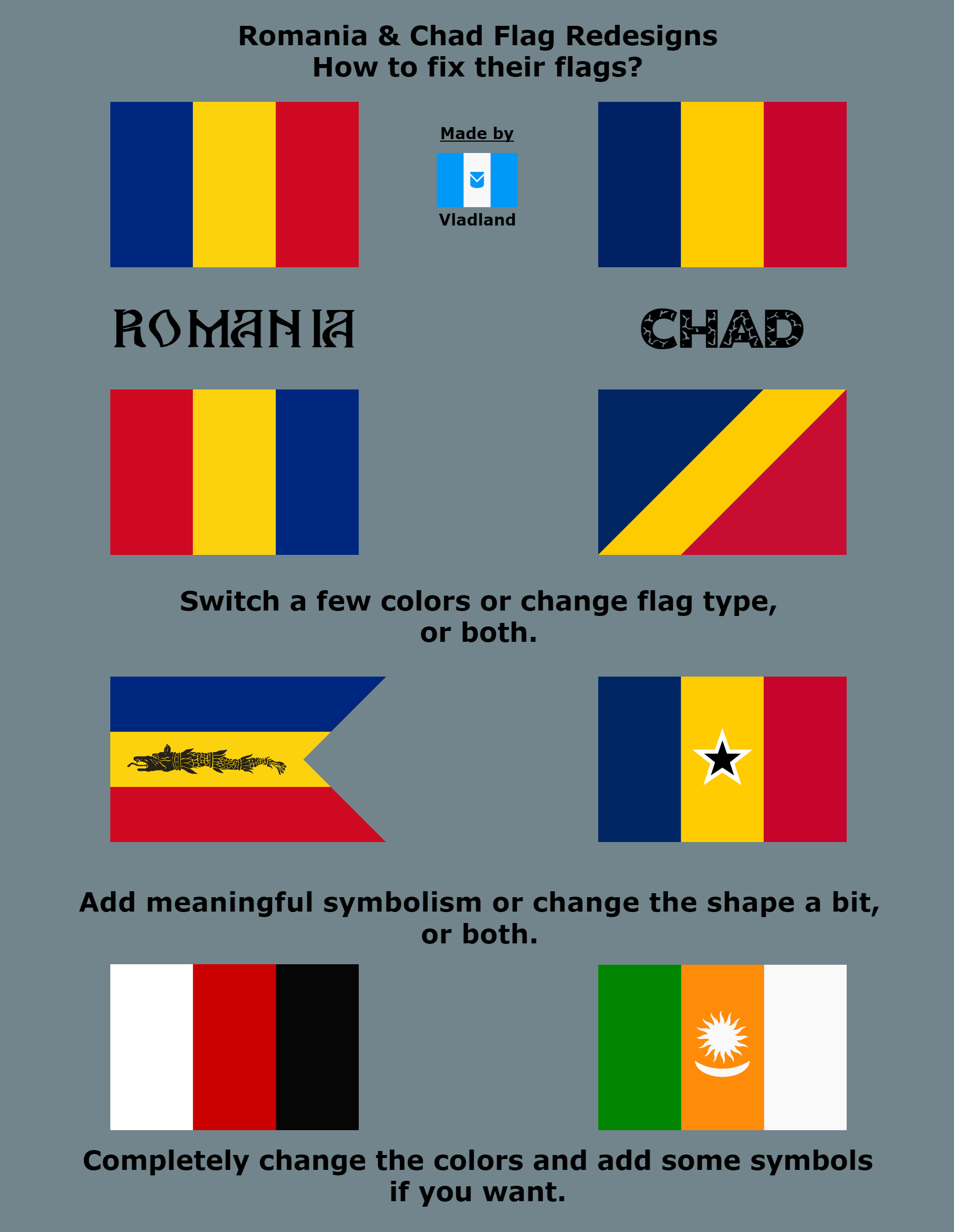 This design is simple, the flag keeps the vertical tricolor style of the official flag but switches the red with blue so that the flag of Romania doesn't look identical to the flag of Chad anymore, many patriotic songs in Romania describe the flag as being ''red, yellow and blue'' instead of blue, yellow and red, so this had to be a variant.

This design is also very simple, inspired from the flag of The Republic of Congo, this flag shows a diagonal tricolor using Chad's national colors: blue, yellow and red. It overall inspires a more African feel, because Africa is known for having many diagonal flags.

A swallowtail horizontal tricolor, I decided to make it swallowtail because Romania already had a horizontal blue, yellow and red flag in the 19th century. In the middle, a Dacian Draco symbolizes the ancestry of Romanians, bravery and righteousness.

This flag keeps the same design as the official flag of Chad but it adds an important symbol that helps make the difference between Chad and Romania, a black star with white corners, black represents the color of the people that live in Chad as well as the African ancestry, while the white corners remind the Chadians that they belong to the Francophone family, since they were a French colony in the past.

This one resembles the past of the Chadian people as well as some natural symbols. Green resembles the historical Kanem Empire, Orange stands for the beautiful Chadian sunsets, with a white sun (which is also used on the official coat of arms of Chad but in red) that resembles faith and hope, as well as the crescent underneath it which was used on the flag of the Bornu Empire, another historical Chadian civilization, and last but not least white stands for the independence and the association with The Republic of France.

Thank you folks for reading all of this, any questions, comments and reviews will not be left unnoticed! :)