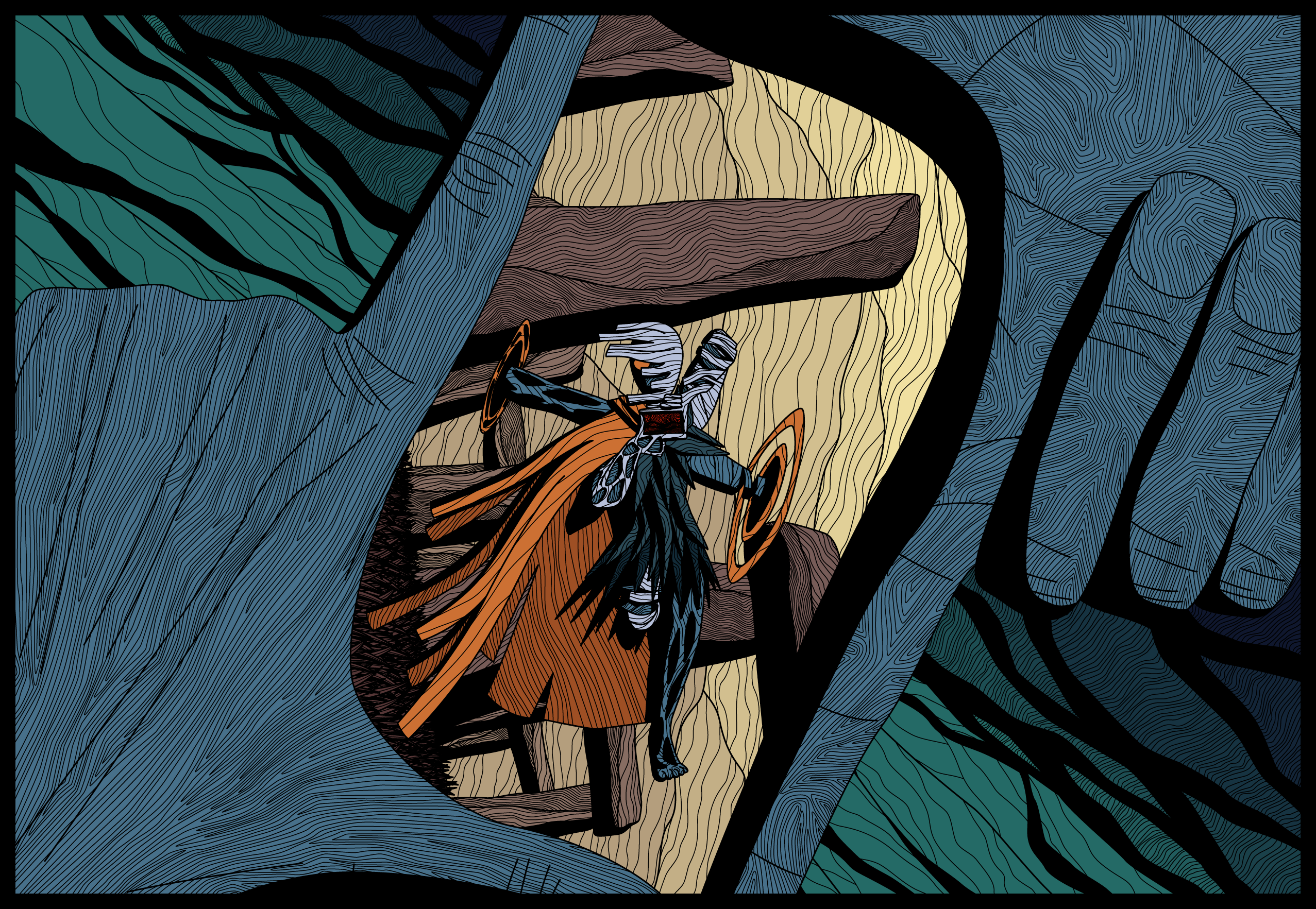 Ignore the following wall of text if you feel like it, it's a load of poxy bollocks anyways, done up in about an hour, and I may well scrap it if, finding myself bothered to re-read it, I feel the inclination to:

(Edit: I felt the inclination to)

The following wall of text is worth marginally more, though, even if I probably repeat myself more than I'd like idk I haven't gone back and read it, so I'd appreciate it if you read it, though if you don't feel like it I can't stop you.

So this drawing was initially conceived as a warm-up, to get back into the swing of drawing things after taking a short break at the end of the holidays. As you can probably see, I might have overdone it. In fact, I overdid it so spectacularly that it made me decide it would be the last major project I undertake with the tools I've been using so far, namely Adobe Illustrator (don't tell anyone but it's specifically Illustrator CS3) and a mouse, with which I have become quite adept over time, but I've found in the last year or so that it's rather inadequate.

Around the middle of 2019 I got attached to a style that I think is rather recognisable, and which I enjoy the creation of, but which requires a considerable amount of lines in every piece to function as intended. This one, for example, has about 3,000. As such, I've put myself in a situation where in order to make something of this scale I need over a week. I began the whale drawing of mine that got frontpaged last year on the 27th of July, and finished it on the 8th of August, and I spent more time per day on that one than this one. I find that rather untenable.

So basically, I might not upload any art in a while, and when I do it may, probably will, look rather different. I'll be trying to learn a new drawing software, probably not a vector-based one, and will probably need a while to adjust. Or I'll give up and go traditional instead. Then I'll probably need another while to feel good enough about what comes out of that to post it here, so just know that if you for some reason have some degree of investment, but have understandably blocked my news posts from your feed, that if I don't upload anything for a while, it's (probably) not that I'm dead.

Then again, I'm only stopping myself from starting new projects in Illustrator. I have at least two that I could say I've already started so you might get updates on those rather quickly. Comparatively quickly, of course, for reasons I've already written.

And that's why I assassinated the prime minister of Romania. Oh yeah this drawing is available in print form if you're a nerd who's into that sort of thing.

And that's all folks.

Thanks a lot man, really appreciate it.