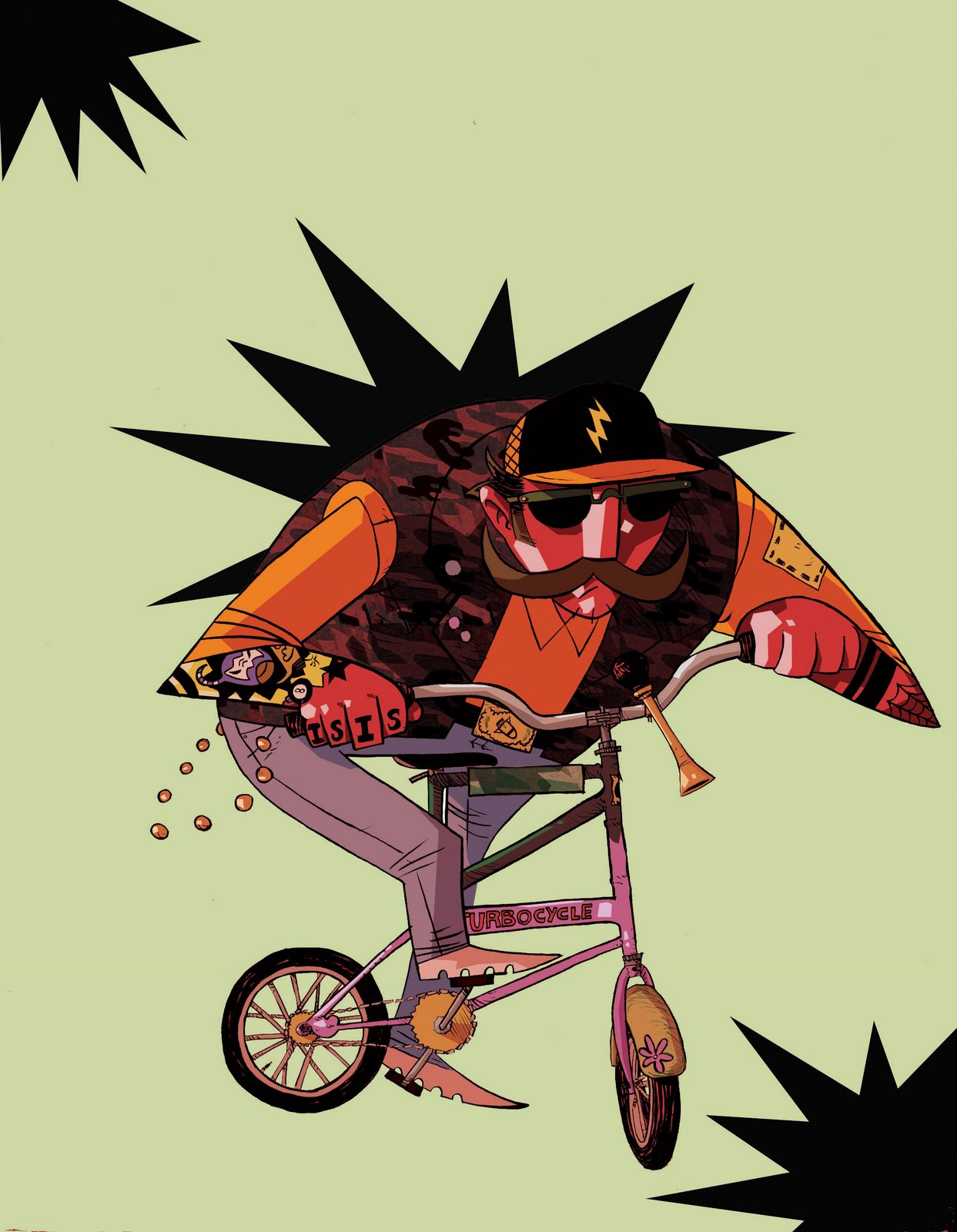 did this for the same fundraiser as the tall bike, about a year and a half ago.

I thought this was a really cool cartoon. I think the main reason I like it is because it just gives off a strong sense of being in a crazy place. Every single thing seems to be pointing off in some direction. It may not be claw design, but it's still nice to see such sharp looking stuff. I mean that in both senses of the word, BTW. I'm now starting to realize why this goes under itty bitty bike.

It's a strange contradiction to see such a strong looking man holding onto such a dainty little bike. There probably could have been some more background, but it still looks great. I don't know what the ISIS on his knuckles stands for. I like how the beaded thing he has doesn't even seem to be connected. A nice art piece.

thanks man, I'm a real fan of your work as well.

I agree with Deelow, it reminds me of Lemmy in Brutal Legend, nice work