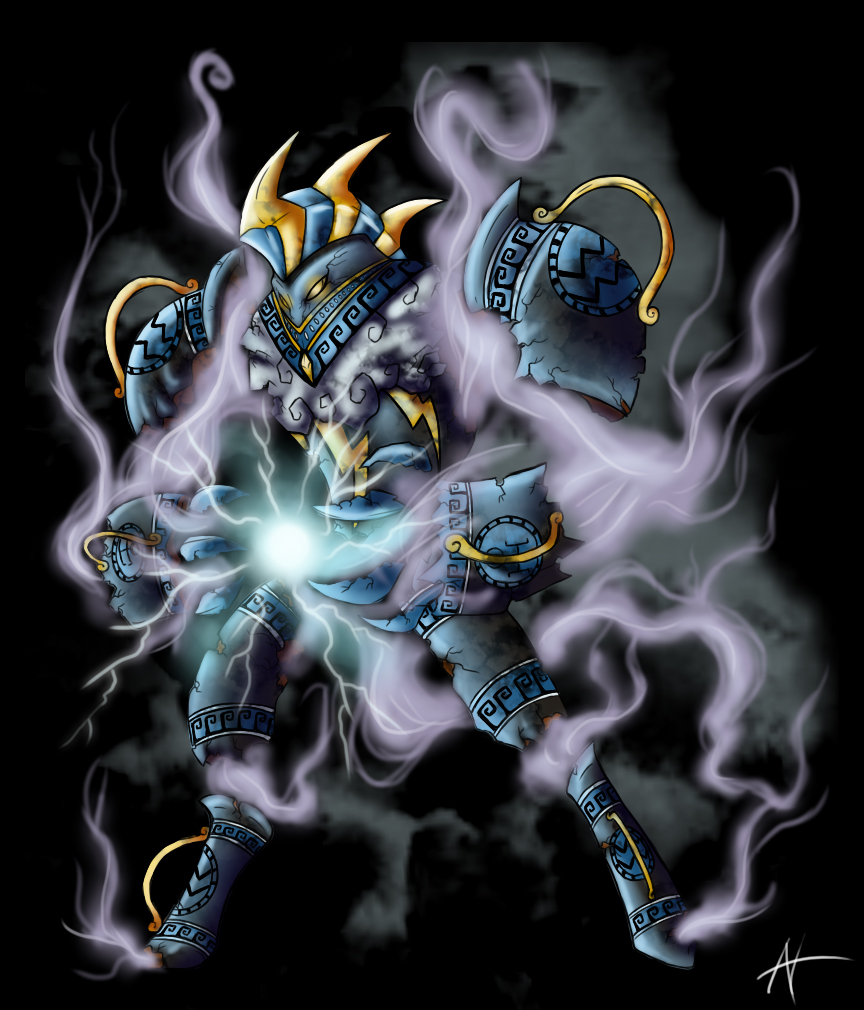 The soul of the Storm

Aquarius the living storm is a demon that once tried to rule the world in ancient times. he would use his powers to "reprogram" people to become his loyal servants. he would create devastating storms to destroy any opposing army. he flooded cities and kept rain from farmland to starve the people into submission.

knowing how much Aquarius love works of art a small poor boy fashioned a pot and put a spell on it. the boy managed to trick Aquarius in to the pot wear be became trapped in. the people hide the pot deep inside an underground cave. and there Aquarius would remain for five thousands years.

one day a thief found his pot. as he tried to take it, the thief dropped and unleashed the demon. Aquarius resumed his conquest of the world and seeks vengeance on those who imprisoned him.

He kept and refashioned the remains of the pot into his new armor, the magic of the pot protects him from magic attacks.

aww thank you
i have been thinking of send my art to some people but i didnt know who
ophiuchusill keep trying and im almost done with the zodiacs i just have virgo, scorpio and ophiuchus

and im also working on the eastern zodiacs

I was looking forward to a gorgeous image from the thumbnail, since the concept, patterns and colouring of this pic is really tight. I like the idea of having an armour that's similar to pot fragments - that seems like a nice idea to expand on with a more asymmetric design.

My problem is that the bright, long strands of the steam is the most distracting thing in the whole design. The white lightning confuses it further, since it's so similar! I think the steam leaking through the gaps in the armour is a strong enough idea on it's own, but I think simpler, unbranching, fading steam strands which all rise vertically would have worked better.

Keep up the good work, tho, since I follow your other creature concepts.