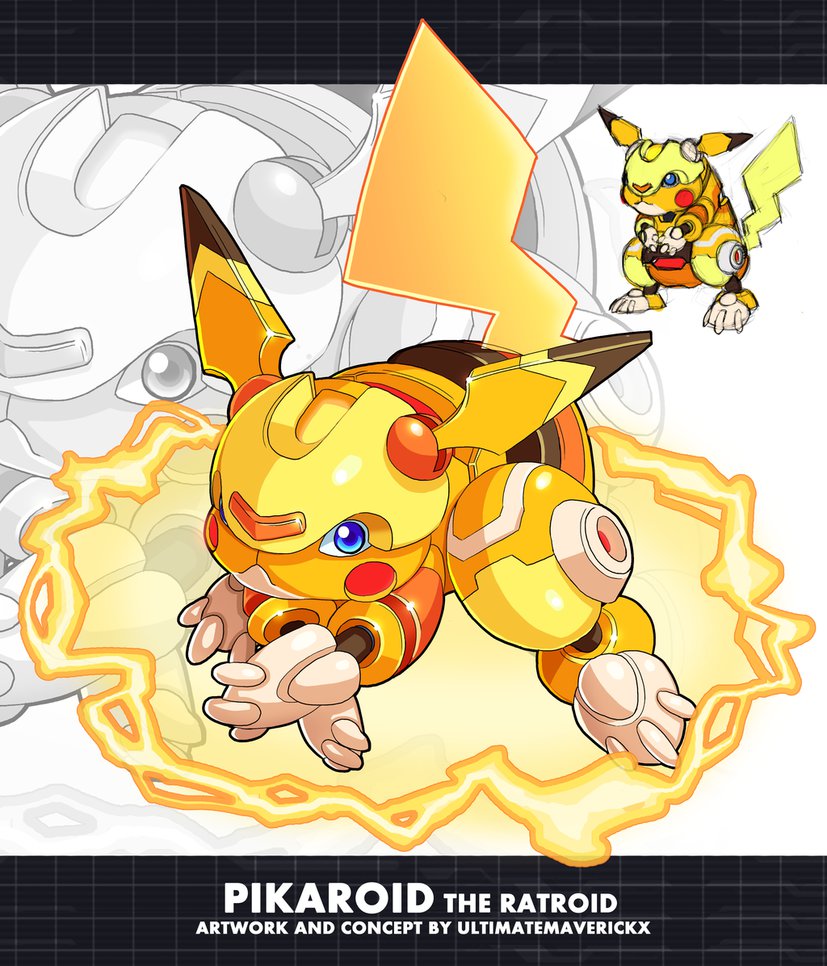 Will you destroy it or catch it?

This is pikachu in pseudoroid style btw.

Congradulations on being Matt Roszak's favorite picture! Granted, that's probably just because it's the most recent he's favorited. I do love this. I think it's great how you show the concept art in the background. It's pretty weird to see Pikachu as a robot. You did well with such an original idea!

There are pokemon that resemble gears, like Magnemite. Well, there's so many they have one of everything. It's great to see a nice modification to the most well known of them all. The roid reminds me of steroids. He certainly looks strong enough to be on them.

All we need now is a Raichu.
But yes, this is an amazing concept you got there :D

So sharp, beautiful. I loved it