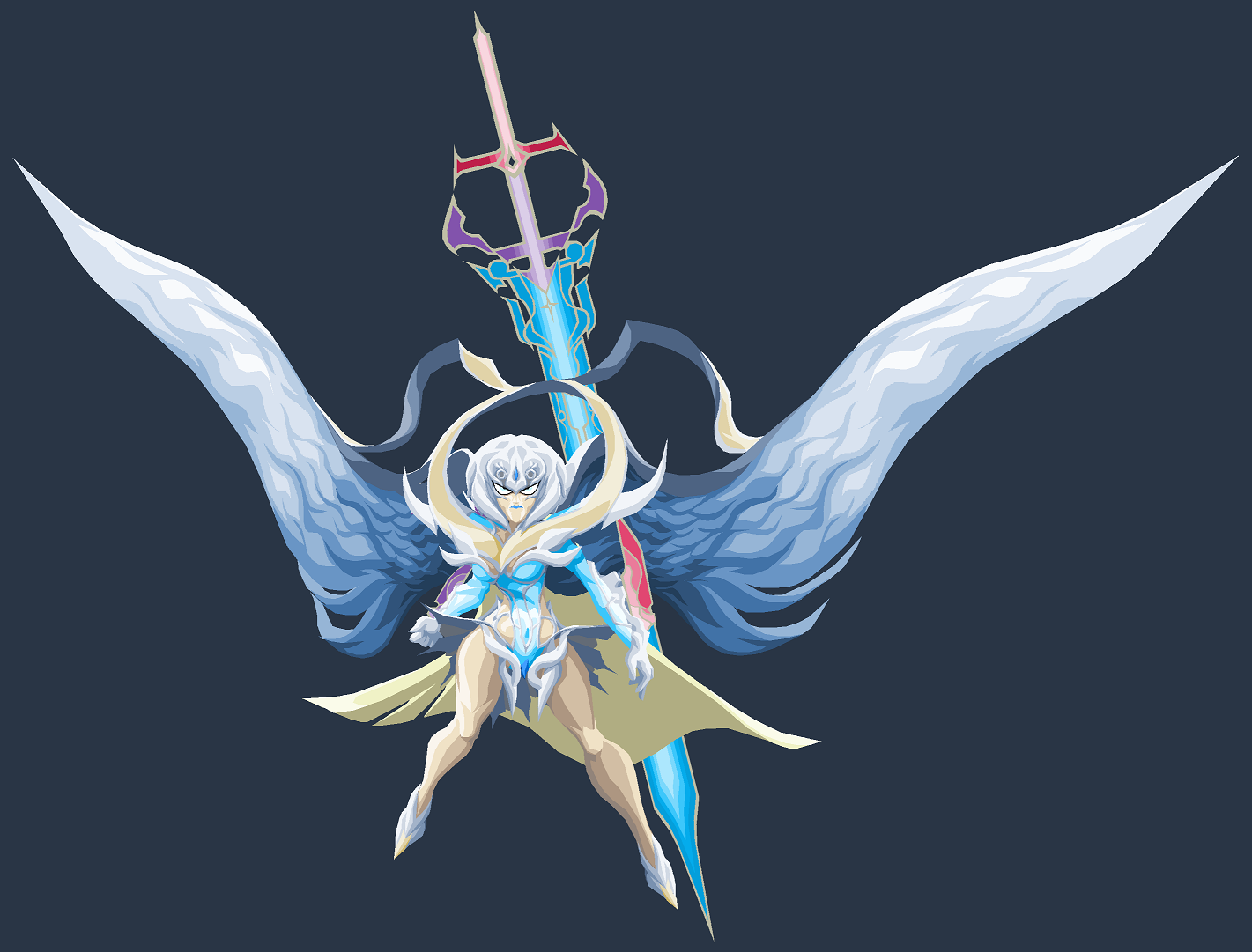 The true form of Athena. In this majestic state of being her very body is stronger than any ore or metal in the universe, her endurance and stamina is so unfathomable that it was only in this form that she could have possibly birthed the Kraken. So powerful was this form that the other gods almost feared it just as much as they feared the Kraken....

Thus after the Universe War ended the other pantheons forced Zeus' hand and had it sealed away behind a severe memory block. The keys to release this memory block are fourteen sacred phrases spoken of in the most ancient of tongues whispered right into her ear as though spoken by a lover, each one of these phrases is known only by one Olympian and no others - Zeus, Hera, Hades, Poseidon, Apollo, Artemis, Aphrodite, Hephaestus, Dionysus, Demeter, Calliope, Hestia, Hecate and Morpheus.

After all Athena has gone through in the eons to come there is no telling what would happen if she were to ever remember this form again.....